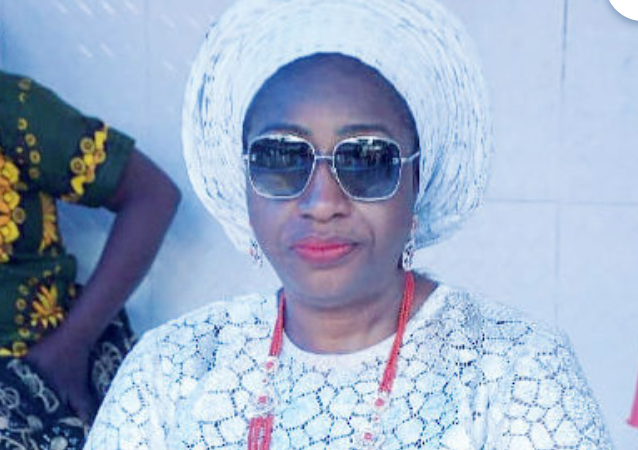 Prominence is one thing that Olori Mariam Lawal of Oniru Kingdom in Lagos State is fast garnering.

Prior to her husband’s ascension of his forefather’s throne and when he was the Commissioner of Agriculture in Lagos State, little was known about the woman.

Then, her responsibility was basically taking care of her businesses and the home front.

With her husband emerging as the Oniru of Iruland, she became more prominent as other monarchs in the southwestern part of Nigeria and the social circle at large acknowledge her as the new queen in Victoria Island, Lagos.

In recent times, the woman has been expanding her frontiers as far as being the Olori of Iruland is concerned.

The beautiful woman was recently a guest of the Arole Oduduwa and Ooni of Ife, Ooni Adeyeye Enitan Ogunwusi Ojaja II.

In the company of her amiable husband, Oba Abdulwasiu Omogbolahan Lawal, they both stormed the ancient city of Ife, Osun State to honour Ooni Ogunwusi, one of the monarchs who were at her husband’s coronation ceremony.