Notorious Armed Robber Caught While Attacking Students In Their Hostels

An armed robbery suspect identified as Sodiq Yahaya was on March 10 arrested by men of Ogun state police command while carrying out a robbery operation at the student’s hostel at Ipara Remo in Remo north local government area of the state. 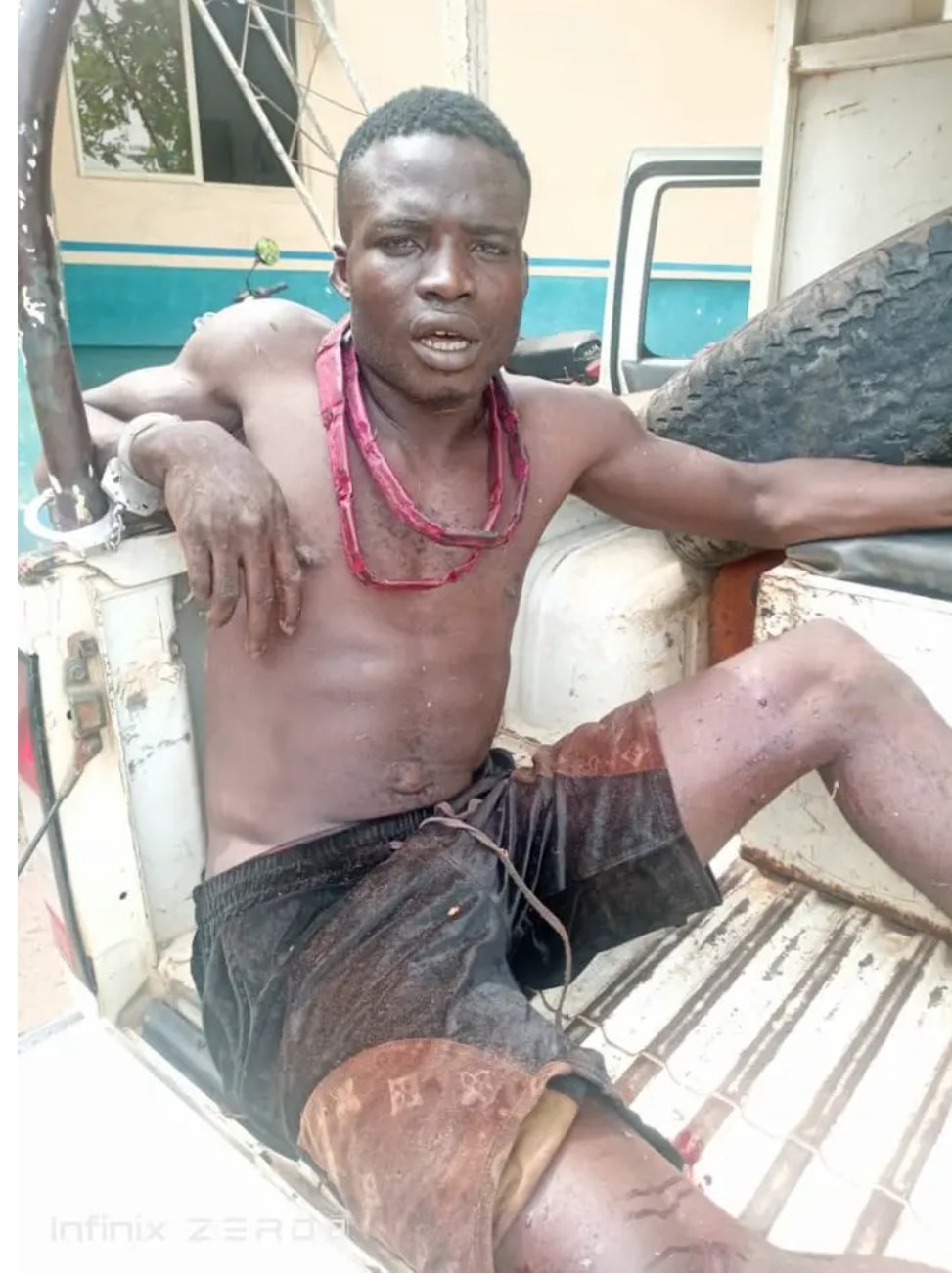 The suspect was arrested following a distress call received by the DPO Isara divisional headquarters, that armed robbers numbering about six have invaded the students’ hostel situated in Ipara Remo.

Upon the distress call, the DPO Isara division, CSP Shobiyi Oluwatoshin, quickly mobilised his men in conjunction with local vigilante men and moved to the scene.

On sighting the policemen, the hoodlums opened fire on them, and the policemen retaliated. At the end of the encounter, the robbers who have sustained varying degrees of gunshots injuries took to their heels and escaped to the bush.

While the policemen were tracing them in the bush, Sodiq Yahaya was seen lying down with gunshot injury and he was promptly arrested.

Confirming the incident, DSP Abimbola Oyeyemi, spokesperson of the state police command, said the suspect has given useful information to the police concerning their past robbery operations in and around Shagamu area.

He confessed that his gang always target students’ hostel for their operation because students especially females are easy to rob.

Meanwhile, the commissioner of police, CP Lanre Bankole has directed that the suspect be transferred to the state criminal investigation and intelligence department for discreet investigation.

He also ordered a massive manhunt for the remaining members of the gang. The CP has appealed to members of the public especially hospital and traditional healers to notify the police if anyone with gunshot injury is seen in their area.