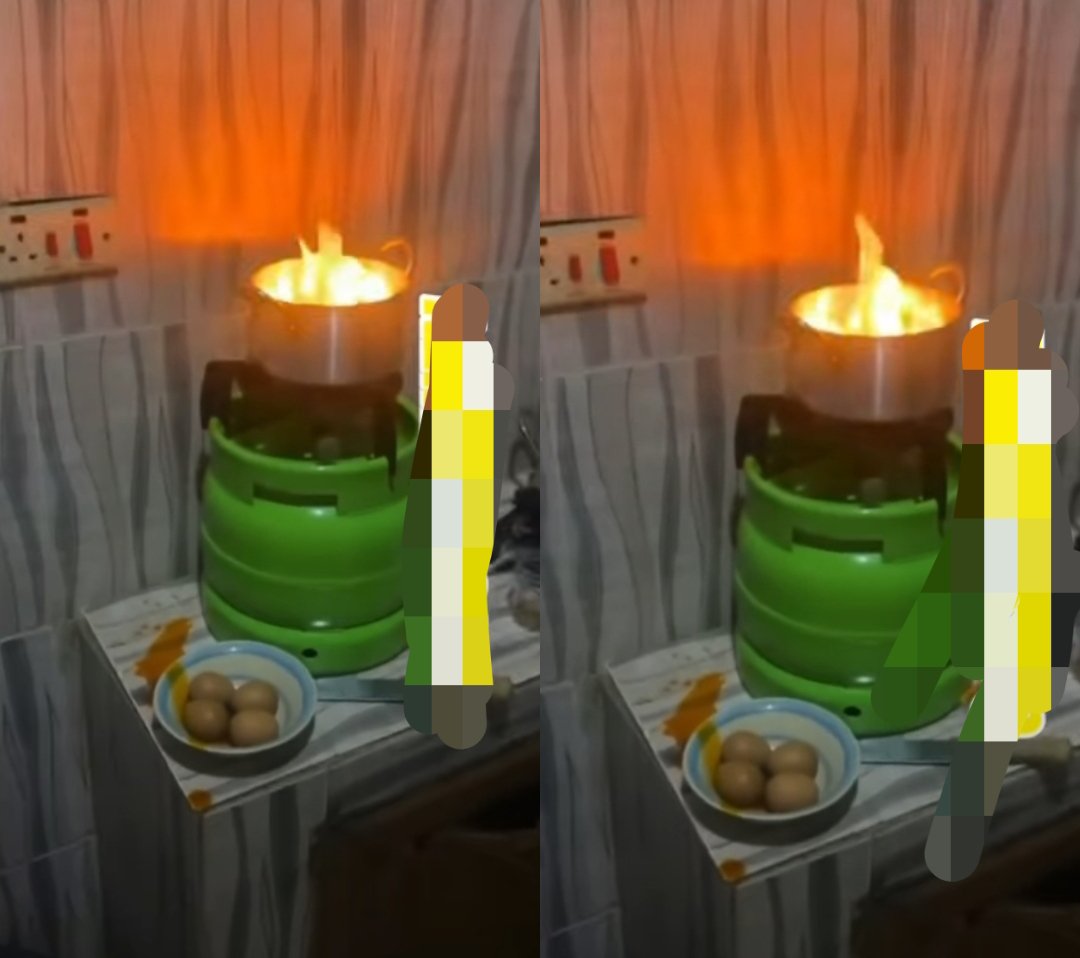 Nigerian Laments after he got more than what he bargained for as his alleged ex girlfriend came to his house, volunteers to cook indomie for him however ended up setting his house on fire. 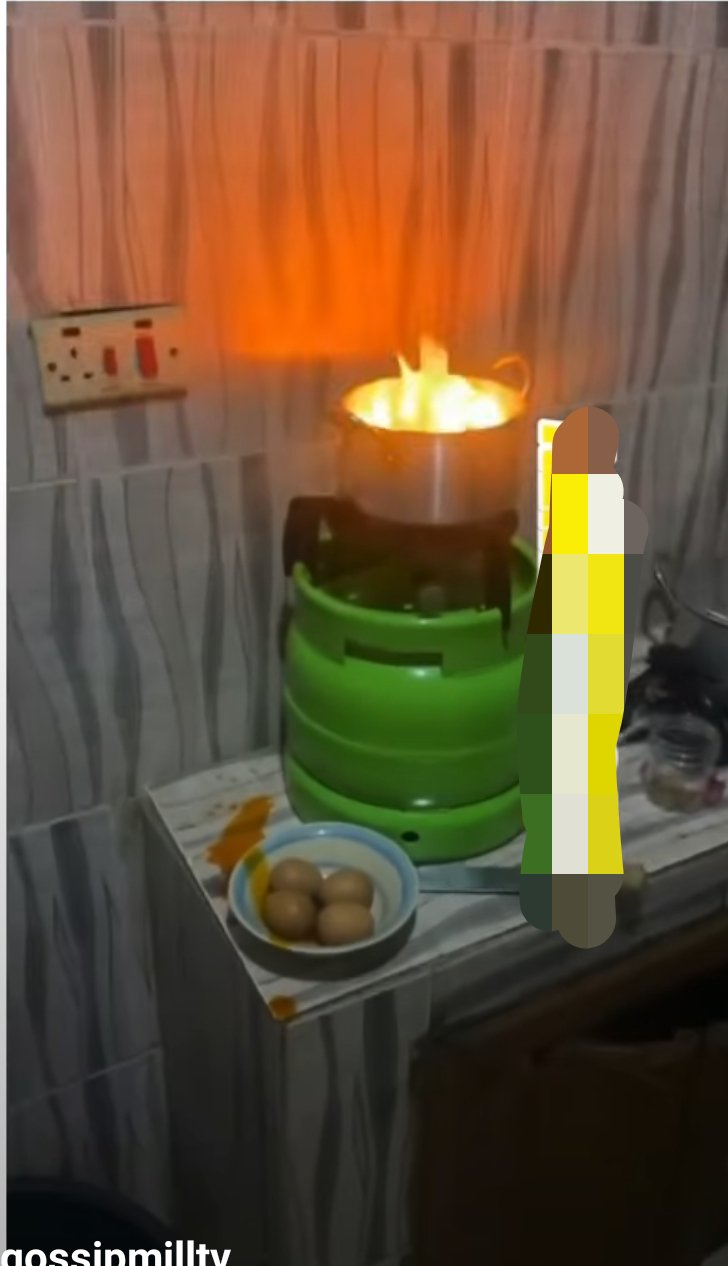 The young Man took to social media expressing his displeasure over what his ex girlfriend, who is now currently a slay queen did to his kitchen in the name of trying to help him out in cooking noodles.