HomeSociety NewsNigerian lady recounts how her date casually walked out and never returned, leaving her to pay the bills for what she ordered
Society News

A Nigerian lady identified as Oluwatayo Rhoda, has shared a bad date experience with a guy who asked her out and abandoned her. 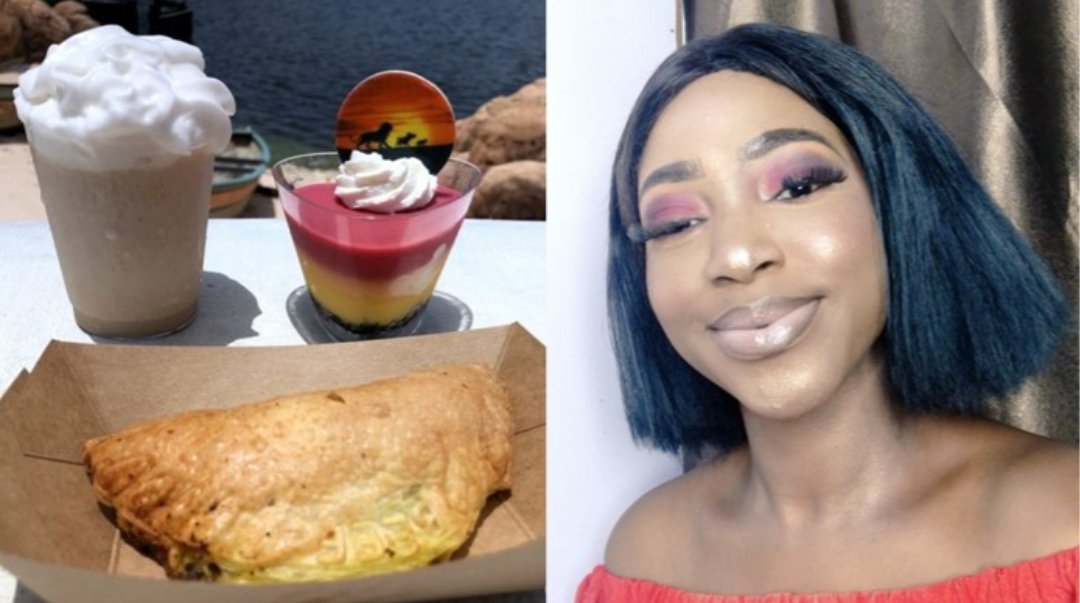 She revealed that that he took her on a date and said she’s free to order whatever she wants, so she ordered ice cream and meat pie.

But after they had spoken at length, the guy just casually got up, strolled out and never returned, leaving her to pay the bills herself.

Rhoda said she was glad to have gone along with her ATM, so she paid for what she took.

She wrote; ”Yes, I was even about to drop something on this, this guy told me he wanted to take me out, he told me to order anything I want, I did and after the whole talk, he said he’s coming that was how this guy left oo, Thank God I was with ATM, I only bought meat pie and ice cream ooo.” 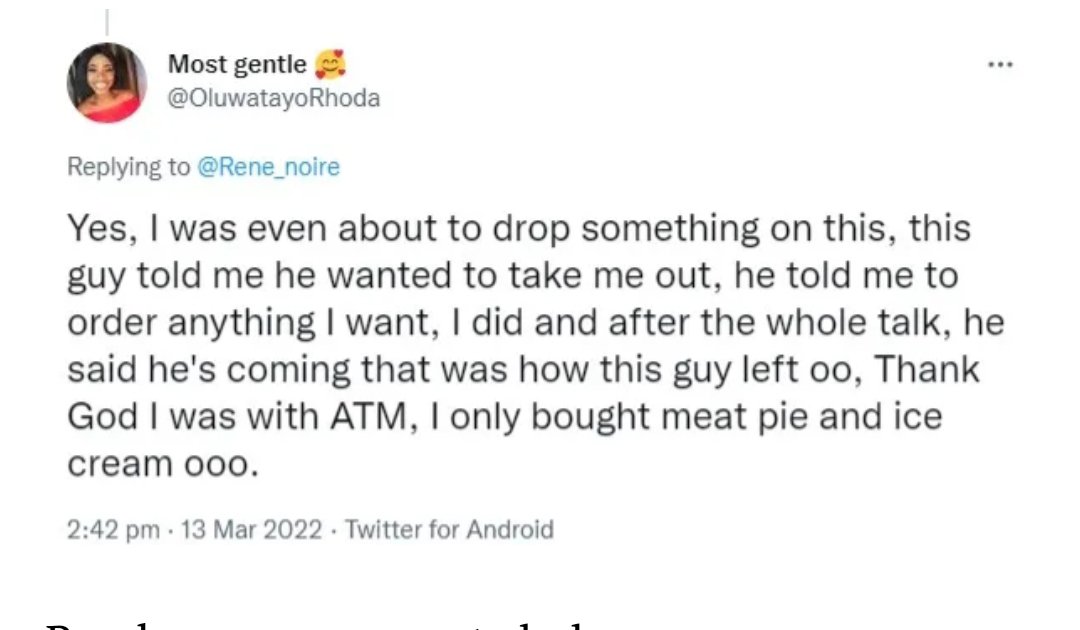