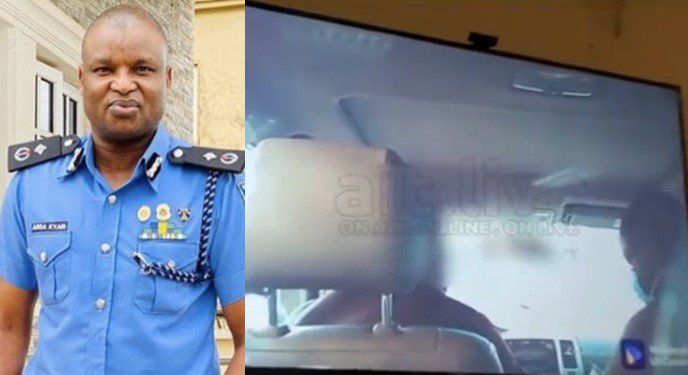 In the footage, DCP Kyari could be seen trying to bribe an NDLEA operative in a bid to carry out a drug heist in the country.

Recall that the agency had declared him wanted over alleged links to a drugs cartel.

NDLEA Spokesperson, Femi Babafemi, made the announcement during a press conference held at its Headquarters.

To further buttress the Agency’s claims against Kyari, a footage of him giving the operative wads of dollar bills was released.