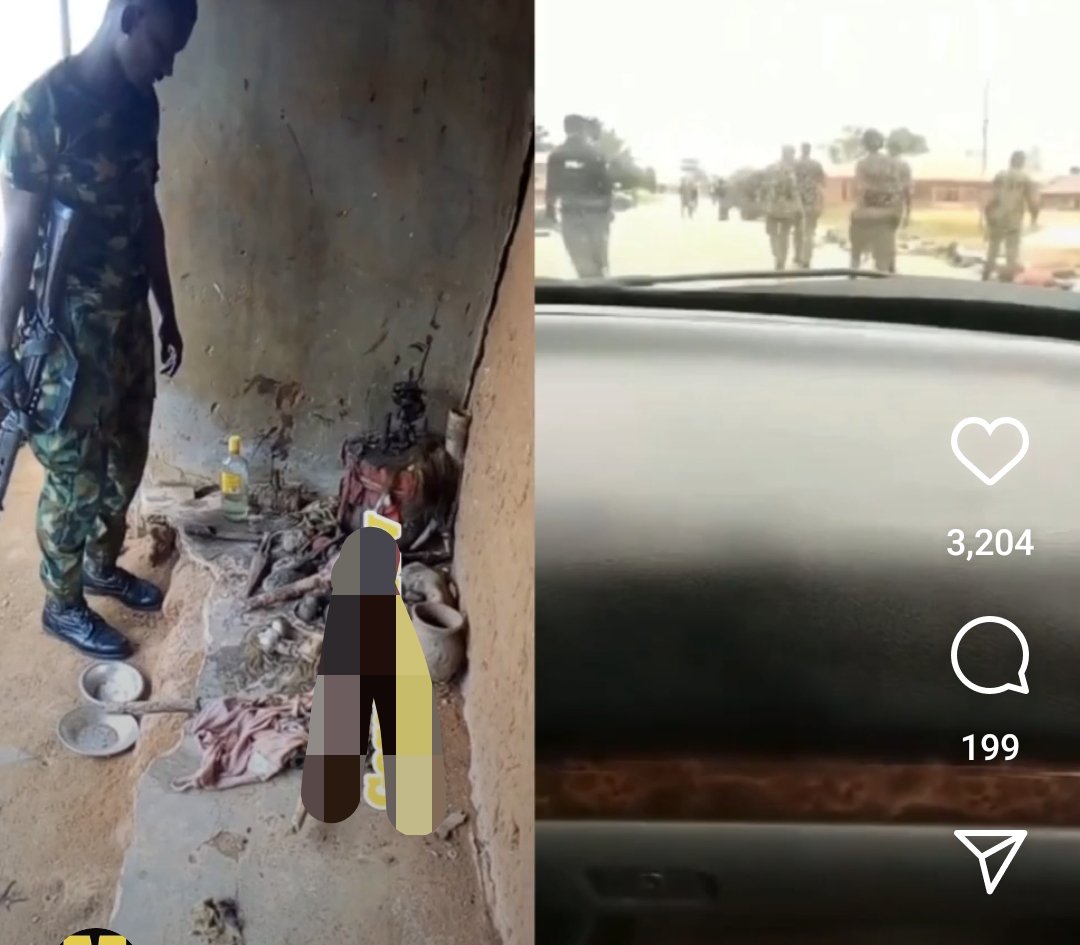 Powerful Native In Edo state allegedly flee from his shrine by leaving his gods behind after battalion of soldiers stormed their village in retaliation to one of their colleagues who was killed by hoodlums in the Village.

It was gathered by an eyewitness, that Soldiers invaded the village after the boys of chairman in the village fought with a soldier man and there was exchange of guns fire which resulted to the present chairman boys killing the soldier man that came with osato So this resulted to the Nigerian army and soldier invading the community the next day innocent souls and taking over the community ..