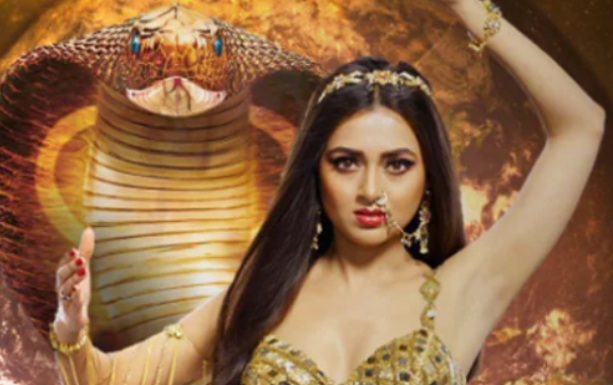 Ekta Kapoor’s Naagin 6 is currently one of the most talked-about television shows in the country. Ekta Kapoor, the show’s creator, returns after a successful run of five seasons.

Naagin 6, a supernatural fantasy thriller series produced by Ekta, recently released a teaser trailer that attracted the imagination of online users. The show’s creators are doing everything in their power to get the public excited about what’s coming up on the screen.

The highly anticipated sixth season of the sitcom was teased in a recent teaser. The show’s cast members, release date, and hour are all included in this section.

As “Sarvashreshth Naagin” or “Shesh Naagin,” the Serpent Queen appears once more in Naagin 6, this time as the “Queen of all Serpents.”

When 100 Naagins combine into one, the result is the creation of Shesh Naagin. Mahekk Chahal is the actor who portrays Shesh Naagin in the film.

The plot of Naagin 6 revolves around the 2020 pandemic, which turned the lives of millions of people around the world on their heads and turned their world upside down.

Shesh Naagin has been summoned at this time to preserve the lives of her country’s citizens and to punish all those who have provided the offenders with a means of wreaking havoc on Bharat from within.

This season’s plot will center around the 2020 pandemic as well as Bharat’s opponents and national security.

At Pratha, Tejaswi Prakash, the Bigg Boss Season 15 winner, will portray the part of a humble girl who is eager to land a well-paying job. Pratha, on the other hand, has been chosen by Shesh Naagin to carry out her responsibilities.

As Rishabh Gujral, Simba Nagpal, another candidate with Ms. Prakash, will be sacrificing his life for the welfare of his nation. Rishabh Gujral is an army officer who is willing to give his life to his countrymen.

In light of this new development, Naagin 6 is poised to veer between the realms of mystical, supernatural, thriller, and romance in its second season. You will be dazzled by Naagin 6 if you have the right kind of passion for it.

Let’s see how much the audience enjoys Pratha’s new avatar in the next Naagin 6 ( 6) episodes and see if she grows on them.