Slyvester Oromoni before his death
LAGOS – The Coroner Inquest set up to unravel the circumstances leading to the death of a student of Dowen College, Sylvester Oromoni Junior was on Monday told by the 5th 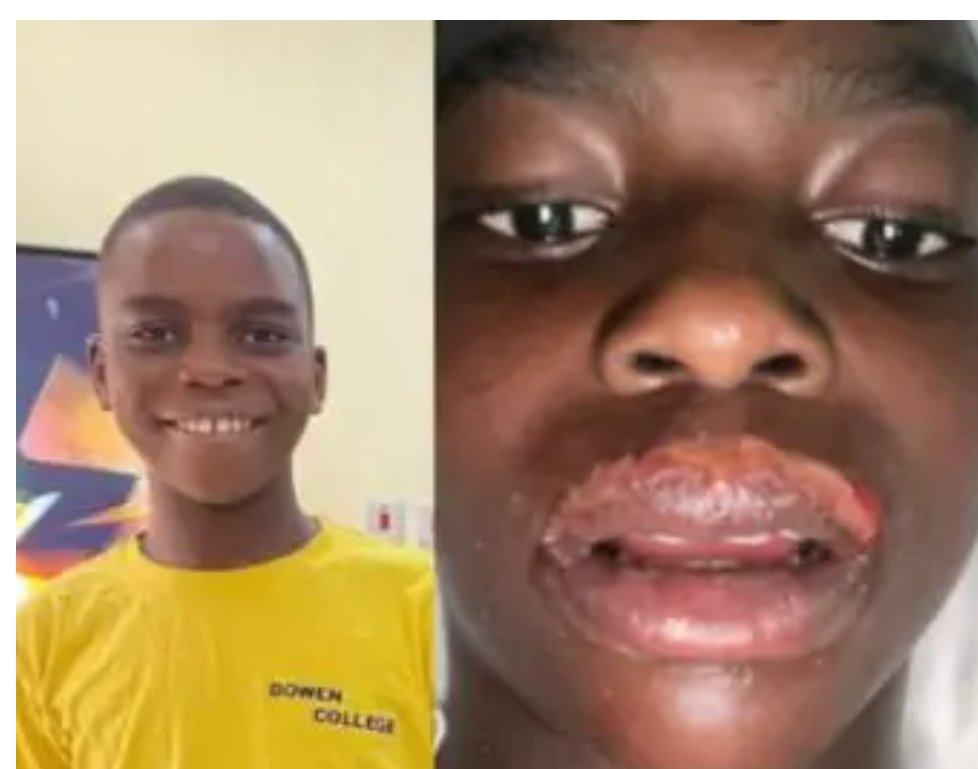 prosecution witness, Mr. Sylvester Oromoni Snr. that he was taken to a diagnostic laboratory and not a hospital.

He said the deceased was not taken to the hospital until four days after he was picked from school, due to the fact that there was no private ward to accommodate his son at the hospital.

Oromoni’s father further said that the deceased was picked from the school by his eldest son’s friend, Clifford Teijere on the 23rd of November and he traveled down from Warri to take him home.

He made this disclosure while being cross-examined by Mr. Godwin Omoaka (SAN) who was representing one of the five students before the Coroner, Mikhail Kadiri sitting in Ikeja.

“He was not taken to the hospital on 27th and 28th of November 2021 because the doctor said there was no private room and he was taken back home where he was being treated in my house according to the doctors’ directive but he was taken to St. Leo’s diagnostic center.

However, when asked by the senior lawyer if he knew that St. Leo was not a hospital, he said he do not know but the doctor referred him there.

“ When my son was picked in school, the report the school gave to him was that he got injured while playing football and he told me the same.

According to him, his late son was beaten on November 21, 2021.
He further told the court that one of the students stated that he was injured on November 14, 2021.
He however confirmed to the court that he granted interviews to various media houses.
Oromoni Snr. also told the coroner court that after his son had passed on, from the clinic, he called the people that wanted to go and bury him to bring him back to the house.

“The corpse was brought back home. He was brought to the front of my gate and the police came, they took some photographs of the deceased and videoed the body.”

He also said that he did not call anybody to massage the leg but to examine it.
At this stage, Omoaka prayed the court to order the viewing of the four clips of video interview granted by the deceased father.

“By the basic rules of fairness, Coroner is not bound to the basic.

It is proper that the video be accepted especially when it will throw light in the darkness and to unveil the fact as they are and not contrived to be.”

In his own response, Andrew Efole, Oromoni family lawyer pointed out that the submission of Mr. Kpokpo was not on whether the video should be admitted or not.

He clarified that they were not opposed to the playing of the video clips but that the issue has to do with playing the video and serving them the clips.

Earlier, Mr. Akin George, counsel representing Lagos State told the court that the video of the interview be played to throw light on the ongoing inquest.
The coroner Magistrate, therefore, adjourned further hearing to February 15, 2022.