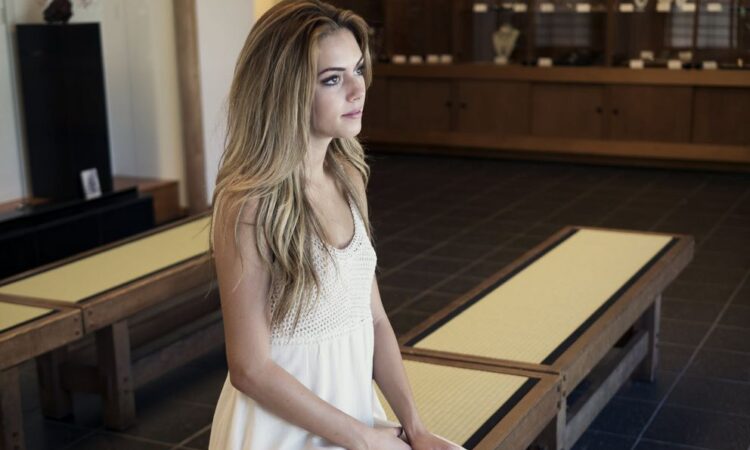 Diane’s mom left her with her aunt and uncle while she traveled through Europe, meeting several men. Diane waited for her mom to come back until she realized the truth when they reunited years later.

“Mom, I want to go with you,” 8-year-old Diane said while her mother, Erika, was grabbing her packed bags.

“I’m sorry, child. I’m going on a business trip. You can’t come with me this time. When I come back, we’ll go to Disneyland together,” Erika said to the little girl.

But where will I stay?” Diane asked.

“You’re going to stay with your aunt Karina and uncle Roger. Isn’t that exciting? My sister loves you so much,” Erika explained. She drove little Diane to Karina’s house and said goodbye to everyone.

“You’re going to have so much fun here that when your mom comes back, you won’t want to leave with her,” Uncle Roger told her. Diane had a lot of fun, but days turned into weeks, and her mother would barely call once every few days

She promised to return soon with lots of gifts for Diane, but it never happened. Years went by, and Diane got used to living with her uncle and aunt. However, she hoped every day to see her mother return until one phone call.

“I’m sorry, Diane. I’m staying here because I met a wonderful man, and we’re getting married. Italy is beautiful,” her mother explained.

“Ok, but then I’ll go live with you in Milan, right?” Diane asked.

That’s not possible right now. You have to finish school. Everything here is different. I think it’s best to plan for you to come here for college. How does that sound?” Erika said. Diane agreed but was disappointed.

She also wanted to see her mother’s new home and meet her stepfather. A few more years went by, and Diane realized that her mother didn’t want her to come at all. She blocked her mother’s phone calls and told Aunt Karina she was never speaking to that woman again.

Her aunt and Uncle Roger had become her parents in the most important sense of the word, and nothing would change her mind. But during her senior year in high school, Aunt Karina entered her room with the phone in her hand. 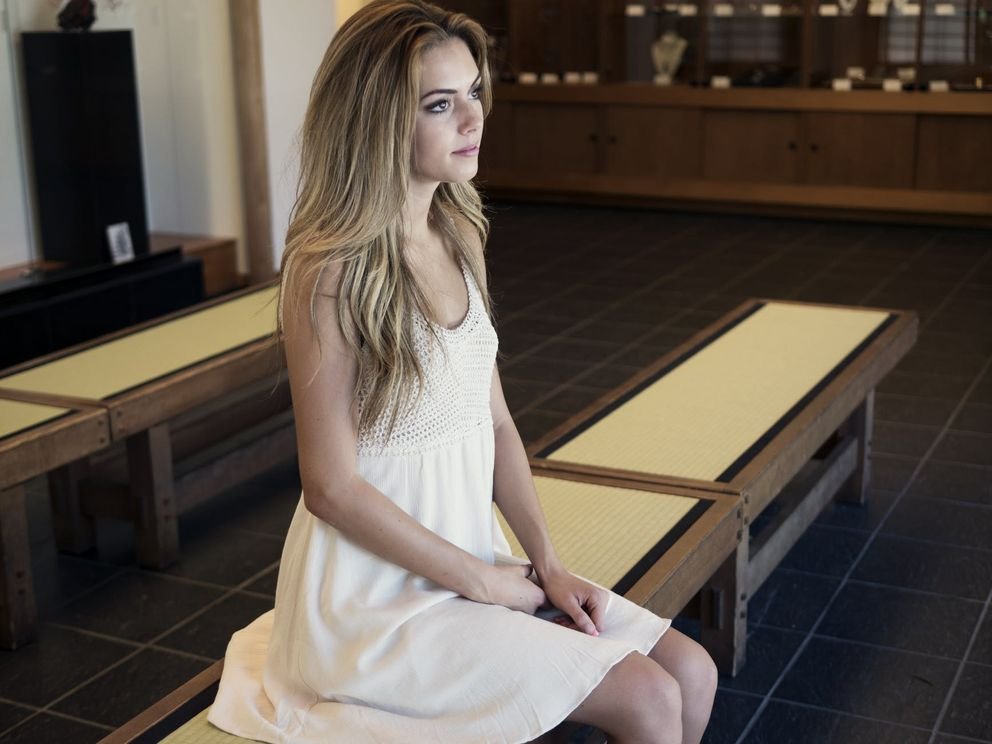 Hello?” she said after putting the phone to her ear.

“Darling!” her mother exclaimed. “It’s been so long. I think it’s time for you to come to Milan! Your stepfather wants to meet you, and we’ll tour colleges. It’s so exciting! Also, you’re going to love Italian boys. They are the cutest and flirtiest.”

Aunt Karina and Uncle Roger encouraged her to see her mother. “You never know, Diane. This is your chance to see Europe, and maybe, you can patch things up with your mother,” her aunt said.

So, Diane packed her bags and left. She wasn’t sure about this trip, as her mother had become a stranger to her. But hopefully, Aunt Karina was right. She couldn’t miss the opportunity to see a European city.

But she wasn’t expecting her mother to frown as soon as they saw each other. “What are you wearing?” Erika asked disdainfully.

Hello, Mother. What do you mean? I just got off a plane. I wore comfortable clothes,” Diane said, confused.

“Well, that won’t do. You can’t meet my husband looking like that. I’ll give you something when we get to my house,” Erika said.

Inside the car, her mother talked about her life and didn’t ask Diane anything unless it was to critique something about her. “You’re fatter than I expected, but that’s fine. We’ll get you on a diet and problem solved,” her mother said, more to herself than to Diane.

She was forced to wear a fancy dress to have dinner with her stepfather, who was apparently an important businessman in this town and extremely rich. But Diane hated every moment and wished she hadn’t come at all.

At dinner, her stepfather barely paid her any attention beyond the initial greeting and asking to pass the salt. She was supposedly here to meet him, but this was beyond confusing. The worst part was that her mother acted as the most caring person in the world in front of him.

“Honey. So, you’ll be staying here from now on, and you’ll have the best time. This city is so much better than our town back home,” Erika said after an hour of this awkward dinner

What? I thought this was just a visit, and then we would decide on college,” Diane asked, shocked. 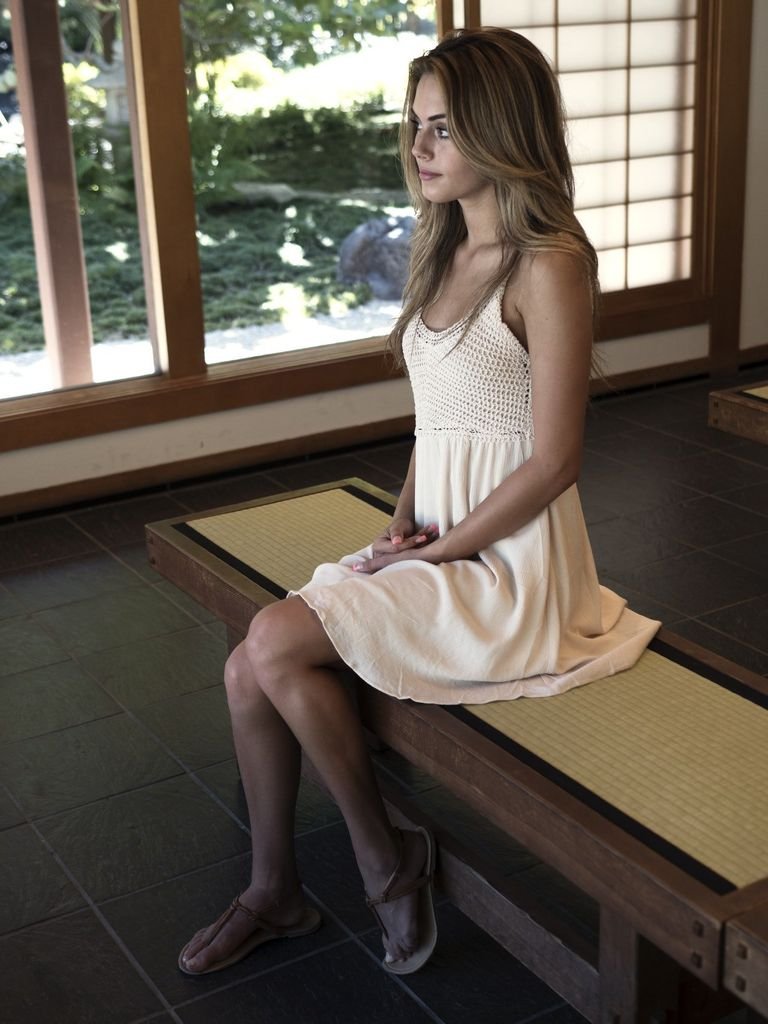 That makes no sense. You’re staying here. Your stepfather always wanted to have kids, and since I’m too old now, you’ll have to do,” her mother said nonchalantly. That was the real reason her mother had invited her here.

But Diane couldn’t take it anymore. “Hey, Mom. Can you give me some money for a taxi? I want to explore downtown,” Diane asked. Her mother hesitated, but she was too afraid of looking bad in front of her husband to say no.

The truth is that Diane didn’t want to go downtown at all. She took a cab straight to the airport and exchanged her return ticket for the most immediate flight home. After several hours, she arrived back at Uncle Roger and Aunt Karina’s house.

What are you doing here, sweetheart?” her aunt asked. Her uncle was equally surprised to see her back.

“I couldn’t stay there anymore. You guys are my parents. She only wanted to show me off to her husband because she can’t have more kids,” Diane said.

Oh, honey. You know you always have a home with us,” Uncle Roger said and hugged her. And Diane forgot about Erika forever because she had a beautiful set of parents already.