I was just a girl who didn’t know much about relationships, James, the man I ended up marrying was my second boyfriend. When I said yes to him, I told him all my vulnerabilities. I was only twenty-two and was still looking for a place in the world where I fit. I didn’t have friends. I didn’t have anyone I called a best friend for life. All I needed in people, I got it from my siblings. But James wasn’t like that. 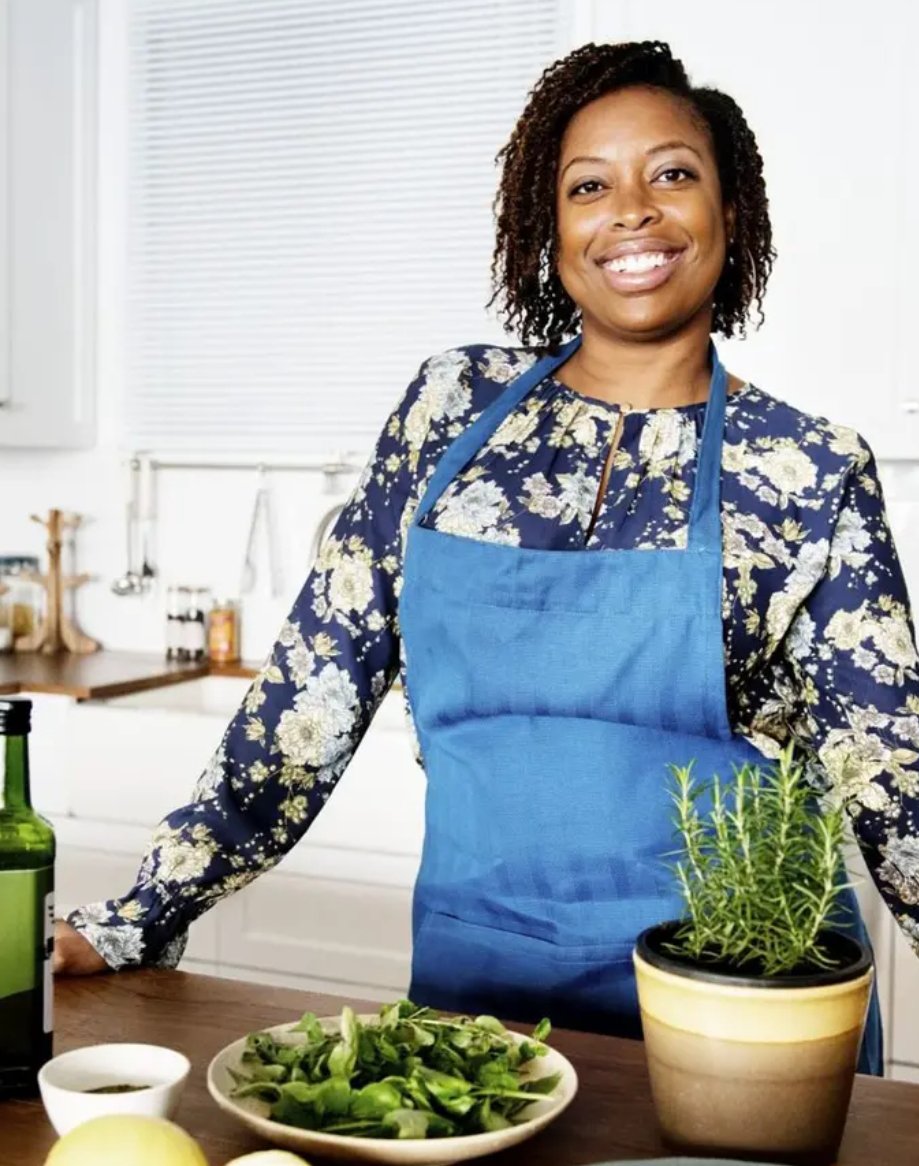 He had three ex-girlfriends he told me about. He mentioned Suzzy. “That girl was my devil. If I followed her, I would have been bankrupt by now but she’s the one I loved with all my heart so I was doing everything to keep her. I will buy her a bicycle and think I’ve done so much but the next day she would come and ask for a motor bicycle. Because I loved her, I will get it for her. The following day she’ll come and ask for a car. When I couldn’t buy it, she called me a stingy man. We broke up and the next day she was in front of a rich man’s car.” I asked him, “Do you still love her?” He answered, “Me, continue to love such a leech? Am I fool to you?”

He mentioned Araba too. Araba was a nurse. He said, “She’s the reason I think all nurses are cheats. The girl can spend the night with me today, leave the next morning and go to another man’s house. One night, I stayed in front of her door all night, she didn’t come home.

Meanwhile, I had called her and she had told me she was home. That wasn’t the first. Three times I slept in front of her door until I told myself that I deserve better. I left her before she could break my heart any further.” I asked him, “Do you still love her? If she came back with a changed heart, would you take her back?” He answered, “When I still have you? No, I won’t. She had her time and chance. She can’t have it again once it’s gone.”

And then there was Naana who he said he caught red-handed with a man in her own room. For some reason, I enjoyed it whenever he told me about his past. I felt it was a window through which I could see what he likes and what he didn’t like. If I know what made him leave Araba then I wouldn’t repeat what Araba did.

I was learning. I was learning how to keep him through the past stories of the women who came into his life and couldn’t make it to the end. At a point, he asked me, “How about you? How did your past relationships go?” I didn’t have a lot to say because I had only one person to talk about. I said, “When you finally leave me, I would have a story to share with the next one I meet. For now, I don’t have any apart from the guy I told you about right from the beginning.”

We dated for three years before he proposed marriage. I wasn’t sure. I was sure about him but I wasn’t sure I was ready. I was only twenty-five. I was still leaving with my parents. I didn’t know how to approach them with the subject for them to agree with me.

I called my elder sister. She was married. I asked, “How did you tell them when you wanted to marry?” She asked me, “Who are you getting married to, James?” I said, “Yeah, James. Who else?” She said, “Tell him you are not ready. You’re only twenty-five. Don’t allow him to pressure you to marry him.” I said, “It’s not pressuring. I feel ready.” She said, “You’re not ready. If you tell mom and dad, they will say the same thing so don’t try it.”

I was twenty-six when James proposed marriage again. This time I went straight to my parents and told them. Mom said, “Go ahead, my daughter. You deserve it.” My dad was skeptical. He wasn’t sure about my readiness but he gave me his blessings all the same. I told James, “Now let’s get it done.”

We’ve been married for a year now. Everything has been smooth except his relationship with one of the exes he told me about. You remember Suzzy, right? The girl from paragraph two. One day he came back from town and told me he met Suzzy. “That girl is now a rich girl. She’s driving a huge car I believe was bought for her by one of her numerous boyfriends.” I chipped in, ”How did you know? Can’t a girl buy her own car?” He answered, “Not Suzzy. The Suzzy I know will rob God just to have a comfortable life.”

From that day, Suzzy had been in the middle of every conversation we’ve had. My husband will go to work and not come home early. I will call him and he will tell me, “I passed by Suzy’s house. I had to do something for her.”

He will wake up early Saturday and tell me, “I’m going to play football, after that, I will pass by Suzzy’s house. She said she’s preparing some meals for boys-boys.” Sunday after church, he’ll tell me, “Take the lead I will come home later. Suzzy said I should pass by and do something for her.” I was worried but lacked the courage to address my worries. I was scared he would judge me as jealous. I was scared he’ll tell me I was insecure so I shove it all in.

One evening, he came home with a bowl and immediately put it in the freezer and went into the bedroom. I went to the freezer to check what he put inside. It was a bowl full of stew. Okro stew. I screamed, “James, did you go to your mother’s house?” He said, “No I didn’t. Why do you ask.” “The stew. The stew you put in the fridge, where did you get it from?” He answered, “Oh it’s from Suzzy. She has this special Okro stew she prepares. I asked her last month to do some for me. It’s today that she called to tell me that she had finished.”

I’ve had enough of Suzzy this and Suzzy that so that day I flared up. “What is Okro stew that I can’t prepare? That you have to go to your ex and ask her to cook for you? James, what do you take me for? What impression are you creating in front of your ex? That the woman you married is so daft she can’t prepare okro stew? What sort of embarrassment is that? Or you don’t realize what you’re doing?” He was quiet and listening to me so I thought my anger was being taken seriously. He said, “Why are you overreacting? It’s just a favor I asked from her. Don’t tell me you’re jealous. I only asked for it because she has a way of doing it that makes it taste different.”

So I took the stew out of the fridge and threw it away. The whole thing. Including the container it was in. My husband charged on me. I’d never seen him this angry. I thought he was even going to beat me. I was scared. I was shivering. He lifted his hand but wasn’t bold enough to make it land on me. He said, “You’ll pay for this.” I thought he was just making an empty threat. I thought he was angry and soon he’ll snap out of it. It’s been over a month and I’m still paying for it through emotional torture. He doesn’t eat what I cook. He doesn’t stay home on weekends. He closes from work and comes home any time he wants. He doesn’t talk to me. At first, he didn’t say a word. Recently when I ask him a question, he gives one-word answers. That’s an improvement.

He doesn’t touch me at night. When I’ve tried to initiate, he pushes me away and sometimes pushes me to the hall, and locks the bedroom door. I end up sleeping in the hall. All because of Okro stew from an ex. Things are getting out of hand so I apologized to him, “I’m sorry James. I shouldn’t have allowed my anger to have the best of me. I’m very sorry. It won’t happen again.” He responded, “No it won’t happen again because the next time it happens, the consequences would be dire than this.”

He still doesn’t talk to me and I’m scared our marriage is deteriorating. I want to talk to someone about it but I feel our marriage is too young to invite other people into our story. My sister would have been the perfect person to speak with, but that girl loves me too much she might descend on my husband. Other people may make things worse for me so I’m trying to solve this with all the mental resources I have but it’s not working. He’s refusing to be worked on and I believe this has provided him with unfettered access to his ex.

I’m worried. What should I do to first bring things back to normal and also break the cord between him and this ex of his? You should be here to listen to him talk about Suzzy. Someone he called a devil. Someone who wasn’t good for him has all of a sudden become the greater good in his life. It doesn’t make sense the way he behaves. It’s insulting and demeaning but I want to resolve this issue first and later tackle the ex issues. What should I do?