E-money’s 40th birthday party has been the talk of social media seeing as the event pulled many influential people. 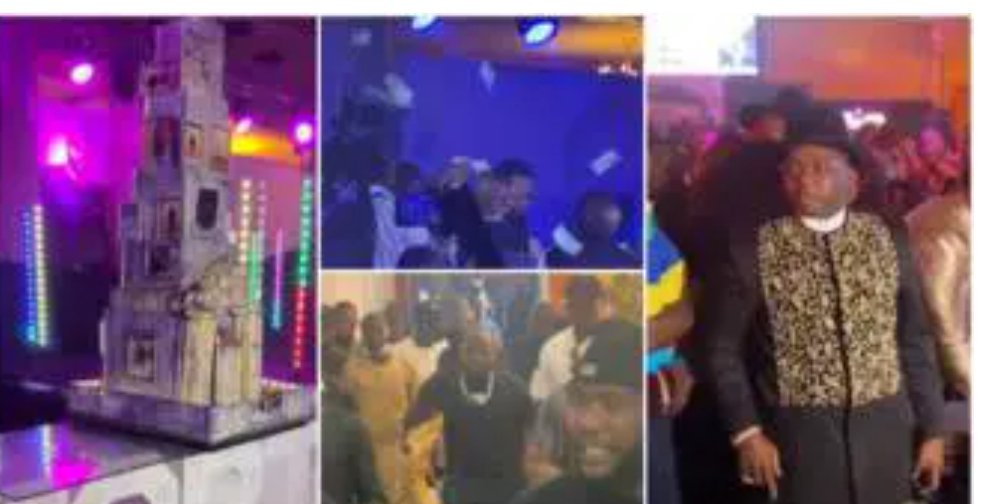 The billionaire’s party was graced by kings, celebrities and his other billionaire friends who spent money anyhow
Davido, Peruzzi and Teni thrilled guests at the event, while Obi Cubana waspotted grooving ata point in the party
Nigerians will not forget E-money’s 40th birthday party in a hurry seeing as it delivered what the billionaire promised it would.As expected, influential people came through for the businessman and the party quickly turned into a star-studded event.Lagos party of the year yet
Kings showed up for E-money, Igwe Chukwudi Agwuna of Enungwu ukwu umunrin kingdom made a grand entrance.Oba Saheed Elegushi also came through for the billionaire.

E-money’s friends join him on the dancefloor and cover him with bundles of money. Some of them made the crisp notes rain on everybody around the billionaire.