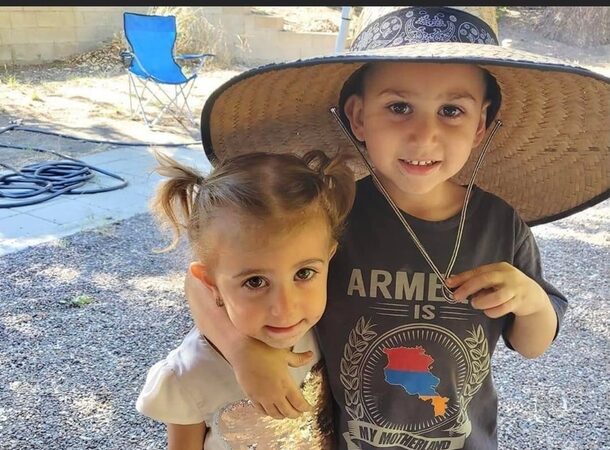 Hearing about the tragic loss of life is always upsetting but it is even more heartbreaking when the deaths are of children. Lilya and Movses were playing unsupervised when tragedy struck.

4-year-old big brother Movses Aslanyan was playing with his baby sister Lilya Aslanyan like any other day. The two children were residents of Lake Hughes in Los Angeles County.

It was Easter Monday when the two siblings were playing in their backyard and did not come home when their mother called them in for dinner.

When the siblings did not come in for dinner, their mother became concerned and started alerting everyone around her. The neighbors started assisting the family in the search for their children.

Soon after, officials arrived at the scene.
After officials came, the children’s bodies were discovered in a duck pond in their backyard. The pond was quite shallow yet was dangerous enough for two young children.

Upon discovering the children’s bodies, the officials initiated CPR immediately and then had the children airlifted to Antelope Valley Medical Center. Movses passed at 9 p.m. and his sister Lilya, followed at 11 p.m.

The LASD’s Homicide Division said it is investigating the incident but does not believe there is anything more to the incident than it just being a very tragic accident.

“Just keep a close eye on your children. This was a large 12-acre property. The pond was very shallow but with small children like that, it can be a matter of seconds,” Lieutenant Charles Calderaro of the LASD said.

The children leave behind their bereaved parents Hayk Aslanyan and Gayane Balabanyan and their 8-year-old big sister Astghik.

In a GoFundMe page that has been set up by a close family member, it says the two children were each other’s best friend and played with one another constantly.

The family immigrated from Armenia in 2015, both Movses and Lilya were born in Los Angeles. According to the GoFundMe page, the family had just moved into their home at Lake Hughes and the children had been ecstatic to have a big backyard to play in. Their father worked tirelessly as an Uber driver to be able to afford the house. Things had started to look up for the family.

The family was used to the children in the backyard. In fact, Movses and Lilya would constantly be playing with their two dogs in the backyard. Their family and community are heartbroken at this loss.
Be sure to share this story and say a prayer for young Lilya and Movses, rest in peace.