The incident happened at Ogbunike, during the Eli’m Ede Cultural Festival, on Saturday. 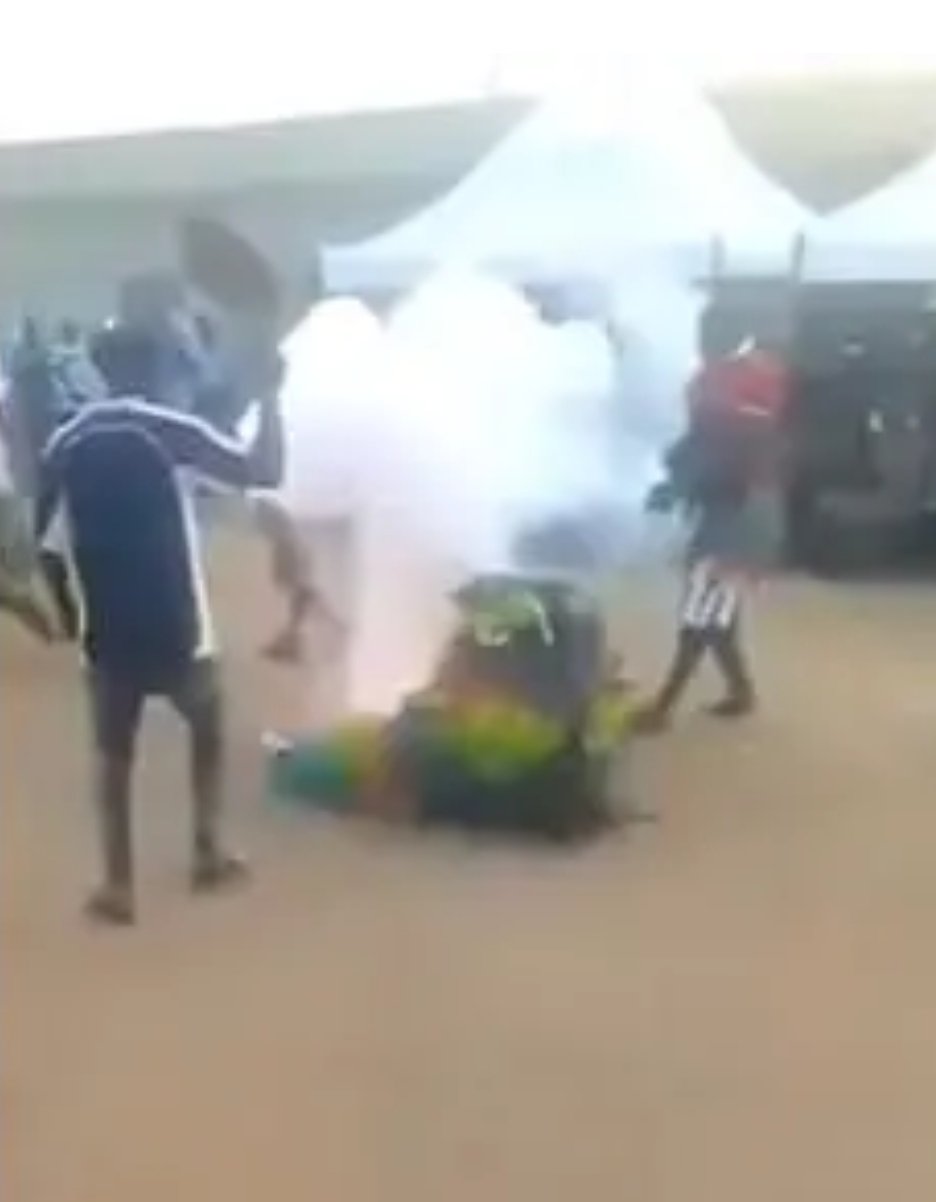 A video has surfaced showing the moment a masquerade got burnt to death in Anambra state.

It happened after one of those guiding the masquerade tried to pull a stunt during during the Eli’m Ede Cultural Festival, on Saturday at Ogbunike.

The Eli’m Ede Festival is an annual event, where masqueraders of various sizes and shapes gather at the village square to entertain indigenes.

An eyewitness said the masquerader attendants, while leading the masquerader to Amawa Square to entertain the waiting spectators, had pulled a fire stunt in front of the masquerader, which was sitting on the ground, but immediately extinguished it.

He said, “After they extinguished the fire, unknown to the attendants, the fire had entered the raffia costume worn by the masquerader, and before they could put it off, it spread all over the masquerade and burnt the masquerader.”

It was learnt that the masquerader, who sustained serious burns, was rushed to the hospital, where he was confirmed dead on Monday evening.