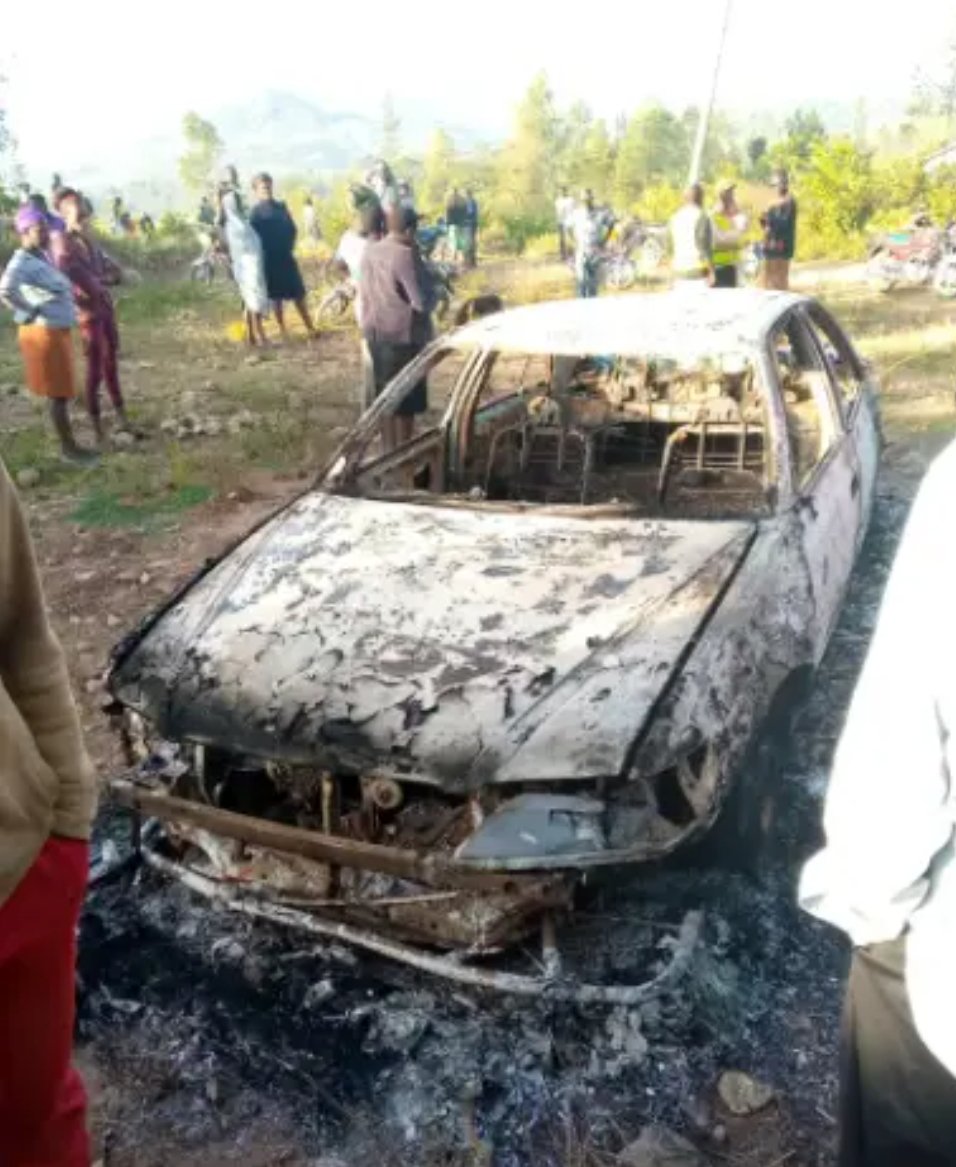 K24TV reported that Venus Amimo who has been reportedly working as a civil contractor, had been having issues in his marriage.

It was gathered that after he returned home on Thursday night and couldn’t find his wife, he allegedly waited till about 2:00 am when he reportedly left his house.

“His marriage has been having doldrums lately. He went home on Thursday night and found that his wife had not returned home and the children were all alone. He later left the house at 2:00 am in an apparent search for her and when he failed to get her, he returned to the house and set himself ablaze inside his green car”

A neighbour revealed that his wife returned home after she was informed of her husband’s death.

“His body was found outside his house by neighbours”

It was also learnt that the deceased sent a suicide text message to a close friend, saying his wife had caused his suffering and that he was going to leave her and the children.

The body was moved to the morgue as police officers launched investigations into the whole incident.