Kano State Hisbah officials have arrested a young security guard for allegedly tearing off and stepping on portions of the Holy Quran. 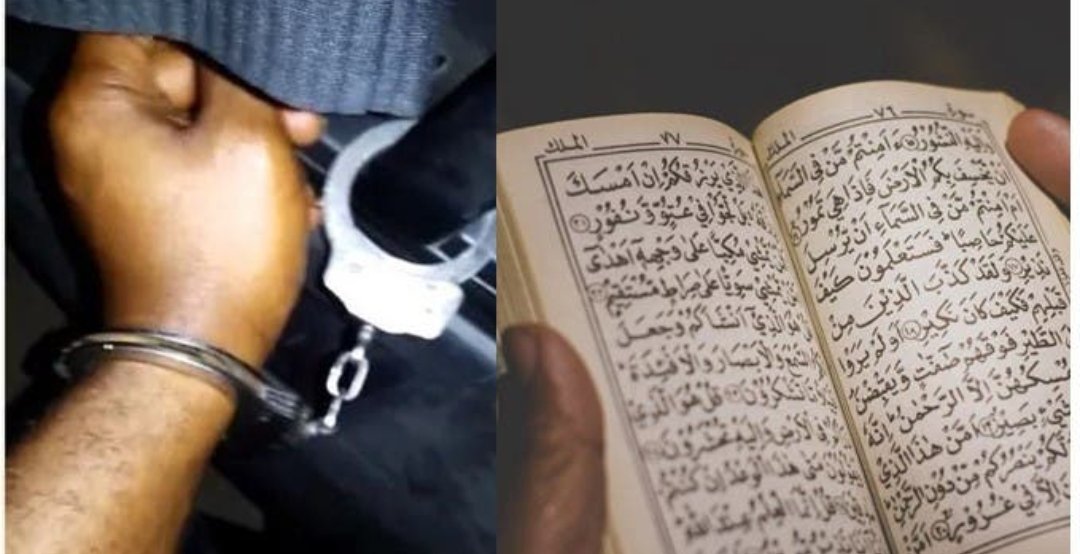 The man said to be in his early 20s was rescued from being lynched by members of his community at the Kuntau area of Kano metropolis.

He was subsequently handed over to the Kano state police command.

He disclosed that the suspect is still in police custody.