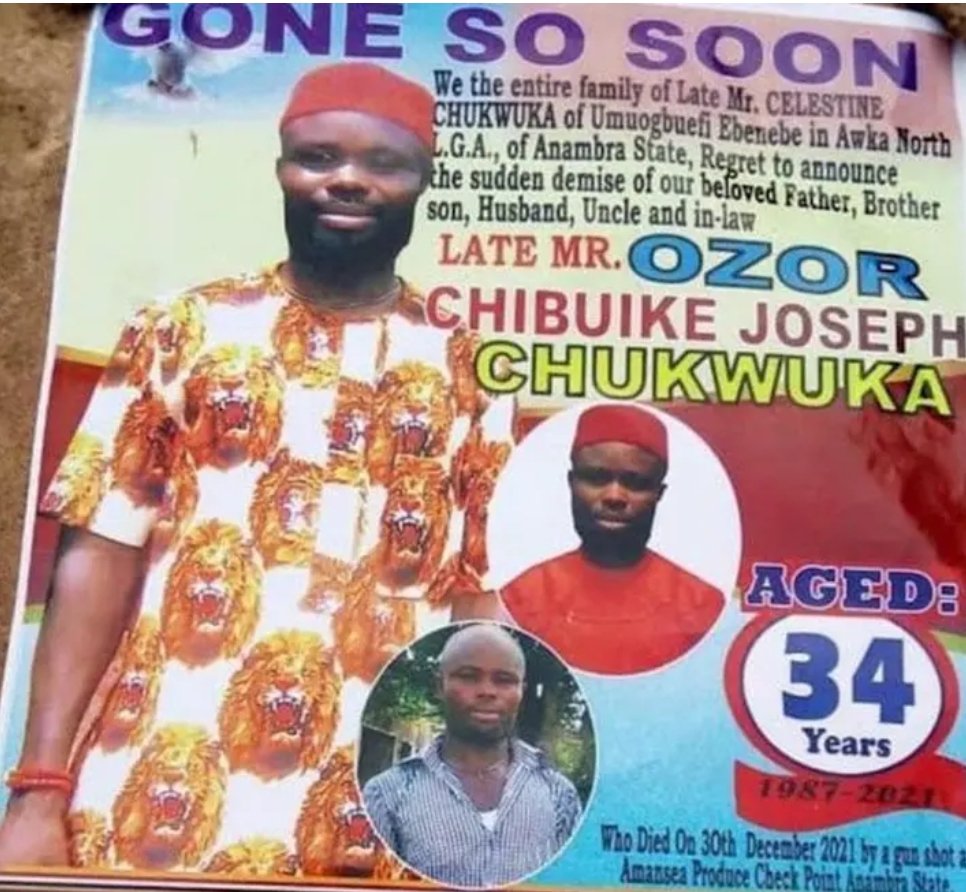 Godwin Okpala 4 This is the man, Ozor Chibuike Chukwuka, that brought about the killing of over 20 persons in his burial. He is from my town. He was a member of a strong cult, he was feared by all, and very dangerous, he was even among those that led gangs to kill police, burn their stations and cart their guns away that many of our people were hailing, then later he died by the sword, he was shot dead in December, and his rival gangs warned that he should not be giving a proper burial.

they warned that if they do, many heads will fall, and it did fall. They carried out their threat. And now many innocent people that knew nothing were among the dead. My own cousin was among the dead. Very bad day in Ebenebe. 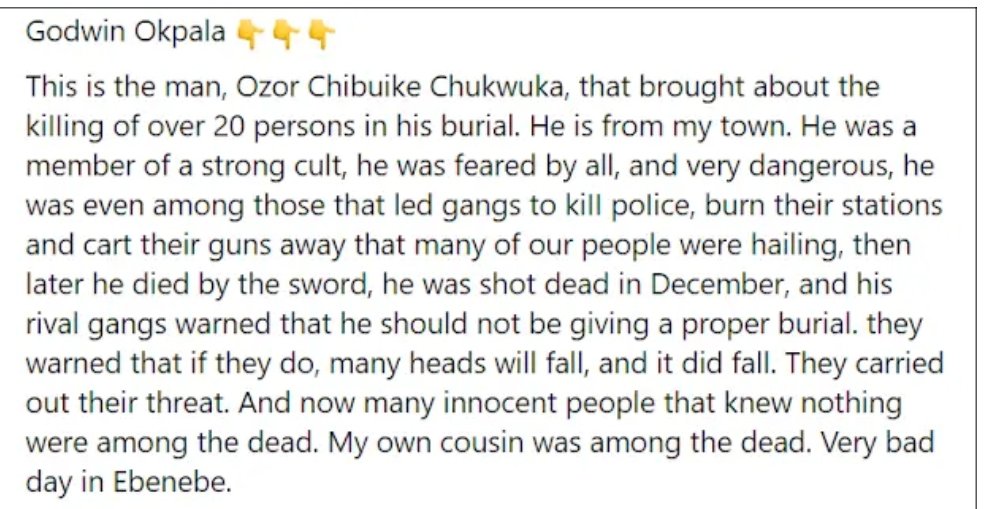