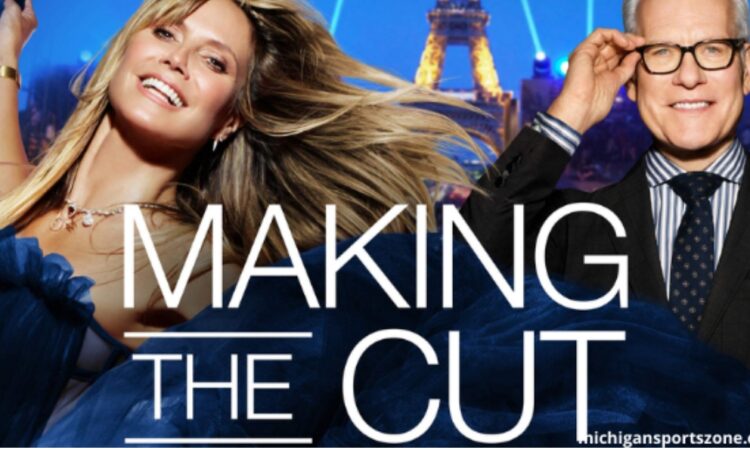 Making the Cut Season 3: Things You Need To Know!

“Project Runway” was a popular design competition show that was hosted by fashion industry legends Tim Gunn and Heidi Klum for 16 seasons (via Refinery29). However, despite the show’s widespread acclaim, the duo realised it was time to step outside their comfort zones in 2018 and embark on a new adventure together.

Despite the fact that Klum and Gunn left Bravo before coming up with a plan for their next project, they were able to find what they were looking for on Amazon Prime Video. The pair went on to become executive producers and hosts of the fashion competition television series “Making the Cut” (Making the Cut) (via The Hollywood Reporter).

Series premiered in 2020 and follows the journey of 12 designers as they compete for a $1 million prize that will be used to invest in their businesses and increase their notoriety. For Gunn, this new beginning brought with it a great deal more creative freedom. In addition, “Project Runway” is the undergraduate programme, while “Making the Cut” is the graduate and doctoral programme, according to the professor.

The pair had such a good time on their first job that they decided to come back for a second season. After the conclusion of Season 2 of “Making the Cut,” fans are left wondering whether or not there will be a third season. Here’s everything we know so far about Season 3.

When will the third season of ‘Making the Cut’ premiere ?

Making the Cut premiered exclusively on Amazon Prime Video on March 27, 2020, and will be followed by a second season in the fall of 2020. (via IMDb). The streaming giant released two episodes, each of which was approximately an hour in length, to coincide with the series premiere.

Eight episodes were broadcast over the course of four weeks, two at a time, for the remaining eight episodes. The first season of the show aired between March and April of 2020, but Season 2 didn’t begin until July of the following year. Following in the footsteps of its predecessor, this season dropped two episodes per week, but only for four weeks in total.

Currently, Amazon has not stated whether or not Tim Gunn and Heidi Klum will return to their new series for a second season (via The Cinemaholic). It is likely that, if a third season is added, it will be introduced in either the spring or the summer of 2022. There is a good chance that the two-episode-per-week format for four or five weeks will be maintained. Then, as with Season 2, we should hear from Amazon at least two months before the premiere of the new season, as we did with Season 2.

Who will be a part of the third season of “Making the Cut”?

The fact that Tim Gunn and Heidi Klum appear in the Amazon Prime Video series “Making the Cut” is one of the show’s most appealing aspects. Given the fact that this dynamic combo executive-produces the series and co-hosted the first two seasons (according to The Hollywood Reporter), they will almost surely return if the opportunity presents itself.

If the streaming giant approves Season 3, other judges such as model Winnie Harlow and Moschino Creative Director Jeremy Scott may be invited to return (via Good Housekeeping). A large number of prominent guest judges will also be featured on the show; Season 2 featured designers Prabal Gurung and Shinoa Turini, among others.

Finally, of course, the series will introduce a whole new group of creatives and business owners to viewers. Made to Make the Cut is a programme that selects experienced designers who want to take their businesses to the next level by receiving expert advice and national visibility (via Bustle). The lucky participants are chosen from all over the world, and each one brings a distinct viewpoint and set of abilities to the table (via Gold Derby).

Should a third season of “Making the Cut” be produced, Amazon will almost certainly select another group of phenomenally talented designers to fight for a $1 million reward. Keep an eye out for more information.