A hilarious screenshot has popped up on the internet where the late Michael Jackson was begging a fan to borrow him money.

There have been a series of screenshots from scammers hovering on social media impersonating some big people in society. Many scammers have opened fake social media pages to scam vulnerable people.

In one of the screenshots that were making rounds on social media, a scammer used the pictures of the queen of England, Queen Elizabeth trying to dupe a netizen. In the message sent by the impersonator, he told his fan to pay an amount of money to be given a scholarship to study abroad.

In a new screenshot shared online, the late Michael Jackson, also known as the King of Pop who died on the 25th of June 2009, in Los Angeles has been impersonated by a scammer who sent a message to a fan telling him “he is not dead” but rather sending the fan a message using his private account.

The impersonator also demanded an amount of $600 from the fan in order to travel back to the States to produce more songs. 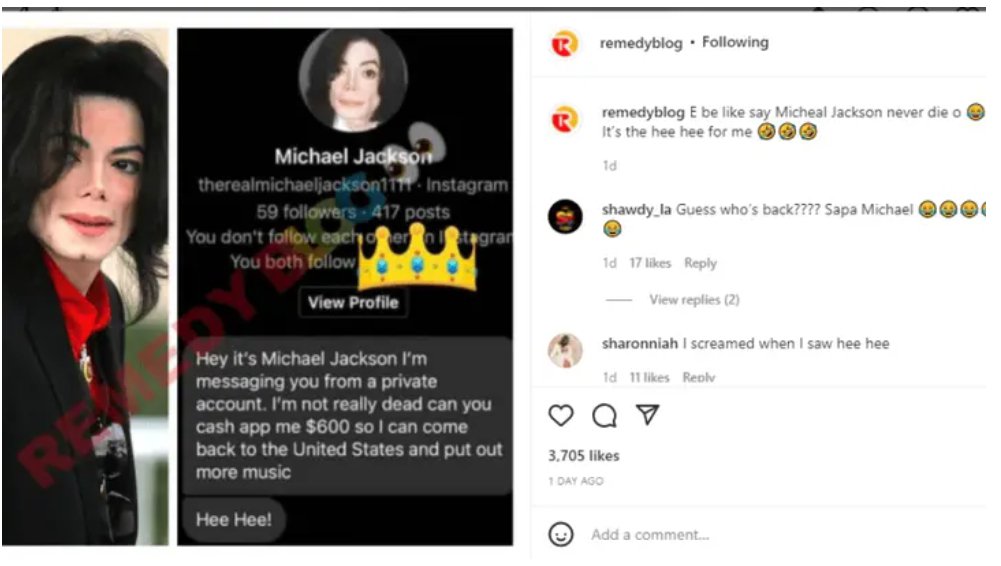