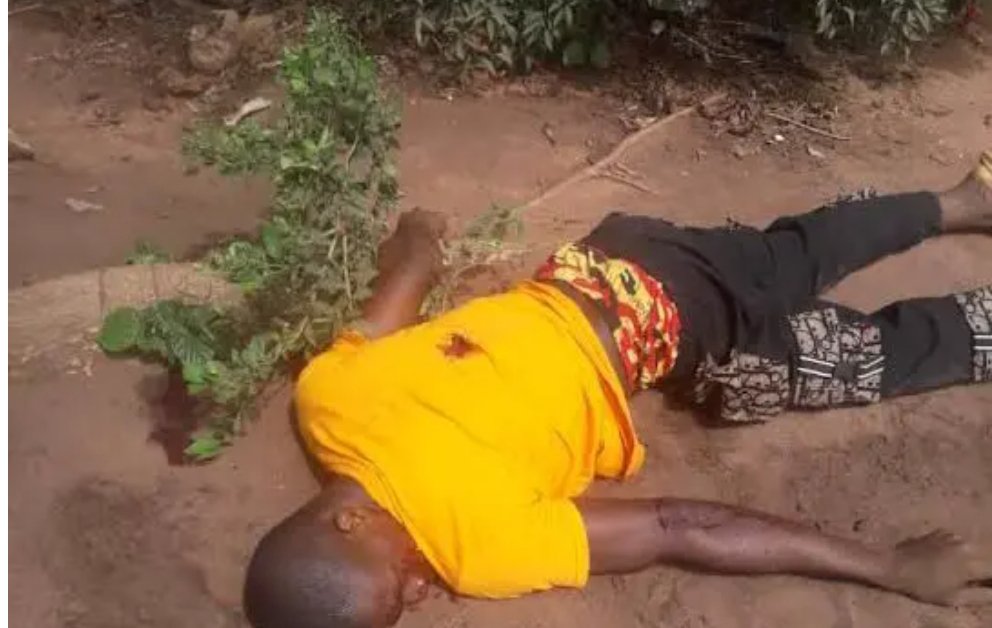 There was pandemonium on Monday at Aboh-Ogwashi, a satellite town of Ogwashi-Uku Kingdom in Aniocha South Local Government Area of Delta State, following the invasion of the community by over 20 heavily armed men.

The gunmen who came in three vehicles shot sporadically within the area where the Ogwa (Palace) of the Okwabani of the community is located.

Become a partner with USA companies, promote their offers and get paid in US Dollars weekly, Nigerians are earning about $465 weekly. .

During the shooting spree, a member of the community vigilante, Nwika Alao, was hit at a very close range, and he died instantly.

Other members of the vigilante including the chairman of the local security outfit and head of the community’s task force on land recovery, Nnamdi Nwaebonor, were injured.

The vigilante patrol vehicle was vandalised with its ignition keys taken away by the invaders who also carted away assorted mobiles phones belonging to the vigilante members.

Our correspondent learnt that trouble started at about 10.am when some persons suspected to be land grabbers, were bulldozing a land within the community but were chased away by the vigilante members.

In the process of running, the suspected land grabbers abandoned one pump action gun, a short gun, and a bag which the local security operatives recovered.

The Okwabani of Aboh-Ogwashi, Chief Jude Obidi told Daily Sun that he told his vigilante to take the recovered exhibits to the police station.

Chief Obidi however added that it was on the way to the station that the hoodlums who had apparently reinforced, storm the town to carry out the dastard attack.

He said one of the vigilante members called him from a hideout during the invasion to report the death of Nwike.

Obidi described the incident as a direct and unprovoked attack on his people.

‘While they were moving to the police station with exhibits, the hoodlums had reinforced and came into the town for the attack.

‘About three vehicles came in shooting sporadically. So the vigilante people took off, and that was how to shot Chukwuwinke Alao, a very loyal member of the vigilante.

‘The invasion happened near my Ogwa right at the heart of the town. This is a direct and an unprovoked attack on us. That is exactly what happened,’ he said.

On what could have be responsible for the attack, Obidi who said the police were already investigating did not rule out contention for land by various interests.