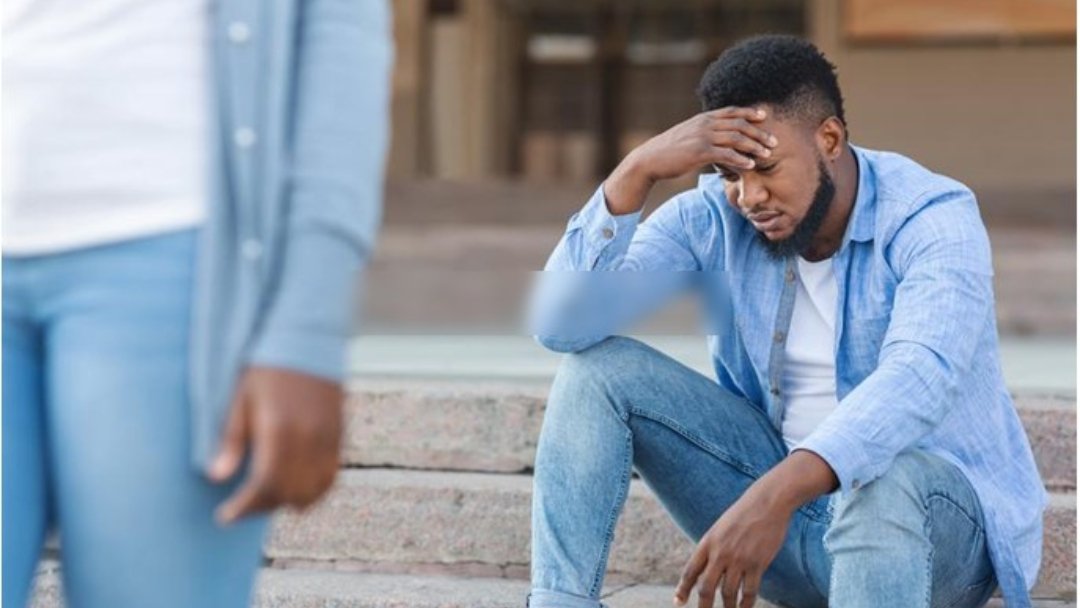 A guy has been left with his heart totally shattered after his girlfriend broke up with him despite all he did to make her happy.

He reportedly helped her get a job after years of being unemployed, but unfortunately for him, she left him for another guy in her office.

The heartbroken young man is also said to have borrowed money to throw a lavish party for her, but all that wasn’t enough to make he stay loyal.

A Twitter user @michael_mickyt, who happens to be a friend to the affected guy shared the story on the microblogging platform.

He wrote; ”One of my guy is currently going through heartbreak, he helped his babe to get a job after years of searching. One month into the job and she has fallen in love with someone else and ended the relationship.

The only thing paining me from the whole gist is that he borrowed money to do her birthday and yet to repay the loan all in the name of love .. 😭😭😭. Atleast she for wait make e pay the loan finish before leaving.

P. S : Her current Lover is in the new place of work my guy helped her in getting.” 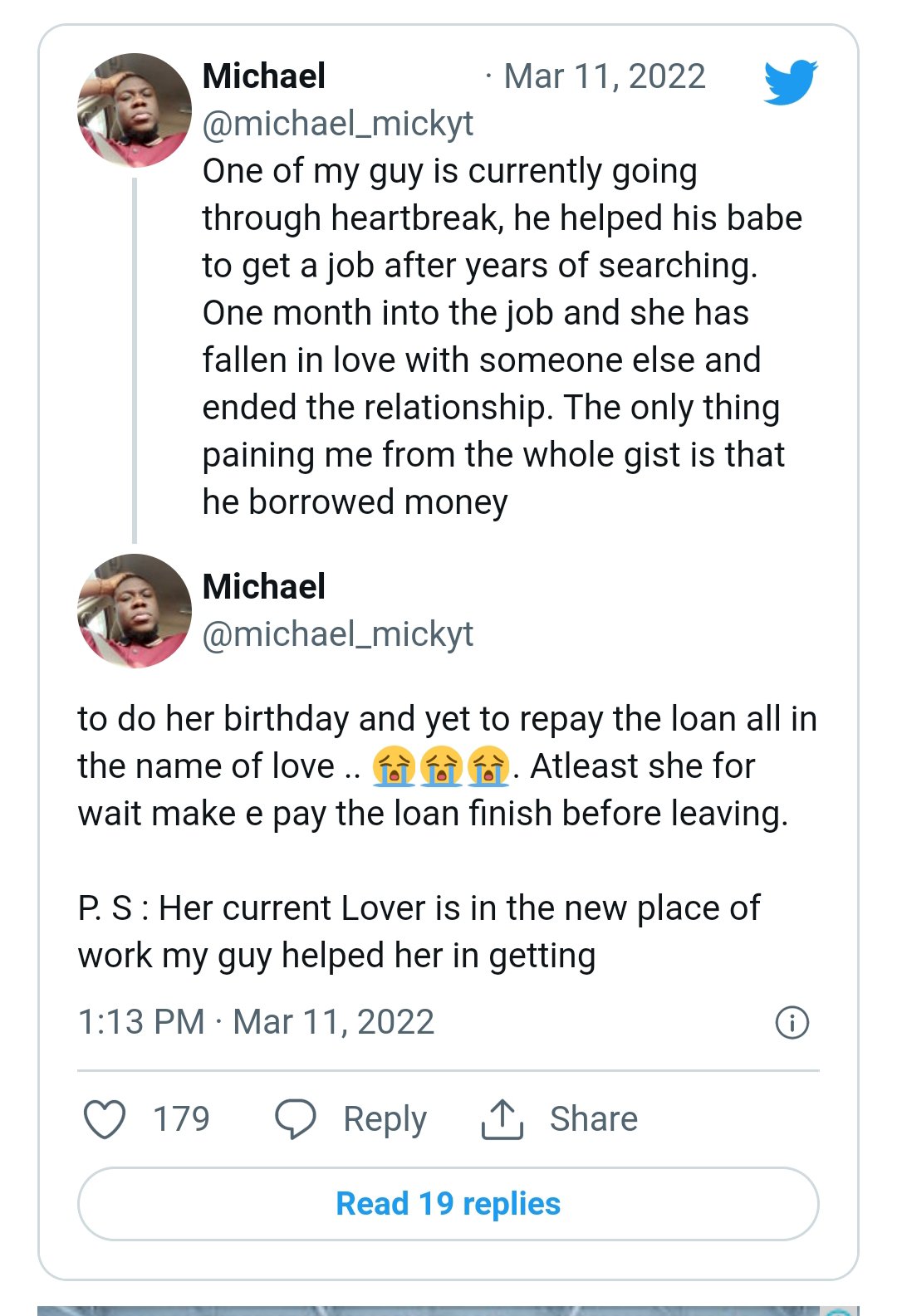