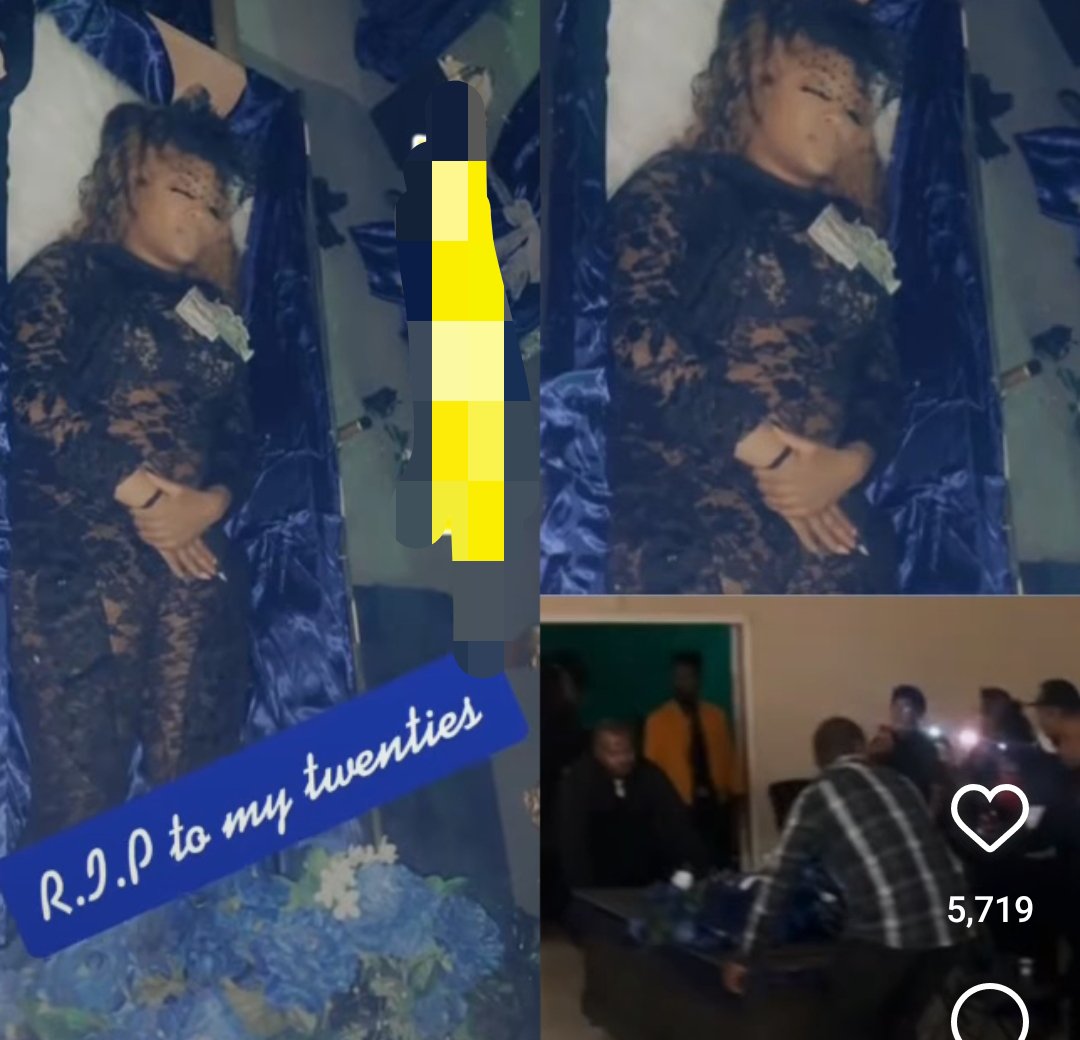 Unidentified Lady has allegedly left people in the state of bewilderment after she stormed her birthday celebration day inside a coffin wrapped with balloons.

The video footage was initially posted on TikTok before dropping on Instagram, in the video footage, the Lady could be seen lying inside a brown coffin while some group of people moved the coffin to her birthday celebration venue. 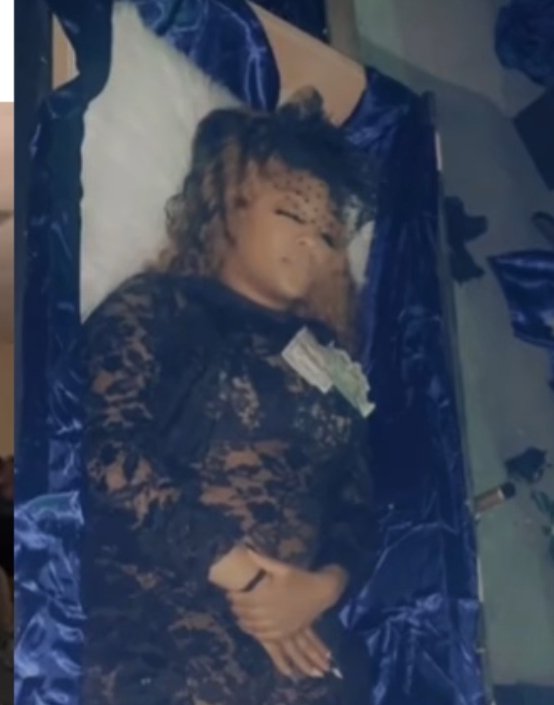