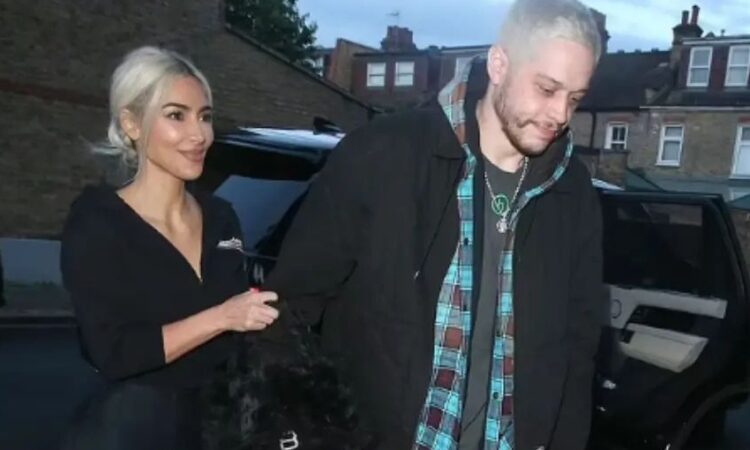 The reality star made this known during the eighth episode of The Kardashians.

The mother-of-four said she wasn’t looking for a relationship when she first hooked up with the 28-year-old comedian.

She also hinted at having the best s€x of her life with Davidson, while adding that he’s simply the “best human” she’s met.

Kim recounted Mason’s statement about Travis to her mother Kris.

Kim said: “I overheard their convo and Mason goes, ‘Can you drop me off at Travis’ studio?'”

Kim continued: “He was like, ‘It’s so cool’ and he was telling North, ‘they have these bikes and it’s just so fun.’ His tune has totally changed since the engagement.

“‘I heard him say to North, he was like, ‘You know, getting a step-dad is not so bad. They’re not these evil people like you see in the movies.”

Kim then said in her confessional: “I think after hearing this conversation with Mason and North, and just hearing how he’s getting along with Travis and just loving having someone else around, I just think OK there’s hope. Someday I’ll have someone who’ll come around and hang out with the kids.”

“I did SNL, and then when we kissed in a scene, it was just a vibe and I was like, ‘Oh s**t, maybe I just need to try something different.’

But Pete does not come to my after-party. Everyone was at my after-party. Does not give me the time of day. So a few days later, I called the producer at SNL and was like, ‘Hey do you have Pete’s number?’ And they were like ‘Yeah,’ Kim explained.

‘I text him. I wasn’t even thinking like, ‘Oh my God I’m gonna be in a relationship with him,’ Kim added.

‘I was just thinking like, “Heard about this BDE. Need to get out there.” I need to just like… jumpstart my… I was basically just DTF,’ Kim admits with a smile.