HomeUncategorizedKanye West Net Worth 2022, Income, Salary – How Rich is the Rapper Actually in 2022?
Uncategorized 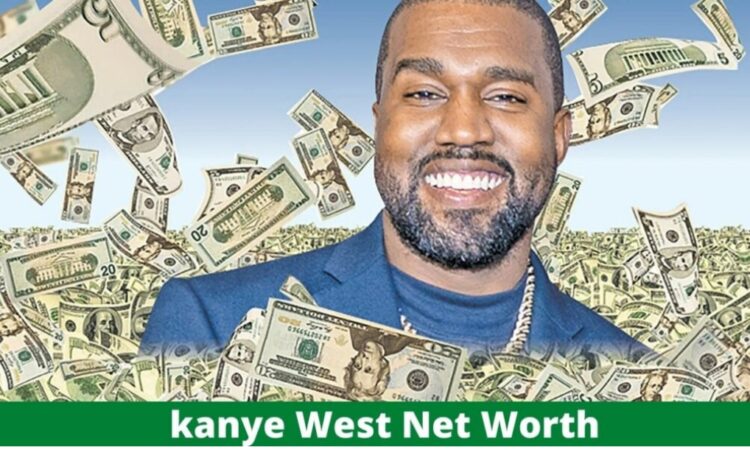 Kanye West, often known as Ye, is an American rapper, record producer, and fashion designer. West, who was born in Atlanta and reared in Chicago, rose to prominence as a producer for Roc-A-Fella Records in the early 2000s, releasing songs for a variety of singers and pioneering the “chipmunk soul” sampling technique. With the intention of establishing a solo career as a rapper, he released his debut studio album, The College Dropout (2004), to critical and financial acclaim, and later launched the record label GOOD Music. He is widely recognized as one of the most influential hip-hop performers of all time, as well as one of his generation’s most highly lauded artists.

Early Years and the Beginnings of a Career

Kanye Omari West was born in Atlanta, Georgia on June 8, 1977. West went to Chicago, Illinois, with his mother after his parents divorced when he was three years old. After meeting producer/DJ No I.D., who taught him, he began experimenting with music there. In 1997, he was awarded a scholarship at the American Academy of Art, but he switched to Chicago State University to study English. He eventually dropped out of school at the age of 20 to pursue a music career.

West began creating beats for local musicians after dropping out of college to perfect his own sound. In 1996, he received his first formal producing credit on Chicago rapper Grave’s debut album, Down to Earth. During this time, he also worked with Foxy Brown, Deric “D-Dot” Angelettie, and Harlem World.

How Rich is the Rapper Actually in 2022?

Kanye West’s net worth is $1.8 billion as of 2022, according to sources. Finally, he’s a member of the three comma club. While various websites projected that the rapper will become the richest Black person in America with a net worth of $6.6 billion in 2021, Forbes verified that these figures were exaggerated estimations following the introduction of his Yeezy brand Gap collaboration. Still, with a net worth of $1.8 million, Kanye West is worth around $800 million more than his ex, Kim Kardashian, who is estimated to be worth $1 billion by 2022, according to reports.

Many fans have asked if Kanye and Kim have a prenup, especially when his wife filed for divorce in February 2021. Kanye and Kim signed a prenuptial agreement two months before their May 2014 wedding, according to a 2014 article by Radar Online. In the case of a divorce, Kim will receive $1 million per year for each year she was married to Kanye (up to a maximum of $10 million). According to Radar Online, Kim will be covered by Kanye’s life insurance policy, which is worth $20 million, for the rest of her life, even if they divorce. According to the publication, Kanye and Kim’s prenup did not include a custody agreement. North was the couple’s only child at the time of their wedding.

“The entire process for Kim and Kanye’s prenuptial agreement has been really straightforward, and rather drama-free,” a source told Radar Online at the time, referring to Kim’s former ex-husband, Kris Humphries. “Kanye didn’t think the marriage required a prenup, and was willing to give Kim complete control over all of his financial holdings.” Yes, he adores Kim to that extent. There is a significant difference between Kim’s prenup with Kris Humphries…the drafting of their agreement took several months. It was a long and arduous process.”

Kanye West’s net worth was not always what it is now, despite the fact that he is now a billionaire. Kanye West stated on Twitter in 2016 that he was $53 million in debt after launching his own clothing business, Pastelle, using his own money in 2009. Kanye started his own product brand, G.O.O.D., after the release of Pastel, with the intention of marketing to label fans. However, seven months after Pastelle’s debut, the label (and G.O.O.D.) went out of business. Kanye’s failing company was not his only one at the time. Kanye West, his high-end women’s apparel label, debuted in 2011. The collection, however, was never released in shops. In 2013, Jean Touitou, the creator of the French label A.P.C., which collaborated with Kanye on capsule collections, revealed that his fashion experiment had cost him $30 million in debt.

However, as indicated by Kanye West’s current net worth, the “Stronger” rapper repaid his debts and exited the red. Kanye unveiled his first Adidas Yeezy collaboration, the Yeezy Boost 750, in 2013. He expanded on the design with the Yeezy 950, Yeezy 350 Cleat, Yeezy Powerphase Calabasas, and Yeezy Boost 700. Kanye also debuted his first Yeezy apparel collection, Yeezy Season 1, in 2015.

Nonetheless, Kanye’s earnings fluctuate. The Grammy winner said in a 2019 appearance on The Late Late Show with James Corden that he got $68 million in tax refunds at the time. “I made $115 million last year and ended up $35 million in debt.” “I checked up this year, and I just received $68 million back on my tax returns,” he stated at the time. “And people say, ‘Oh, don’t bring these figures up.’” No, people need to hear someone who was pushed into debt by the system talk about these kinds of figures now that they’re serving Christ.”

How did Kanye become so rich?

The majority of West’s fortune—$1.5 billion—is derived from his successful sneaker company, Yeezy, which he controls entirely. His bank account has $160 million in cash and other assets, more than $100 million of which comes from properties in Los Angeles and Wyoming.

How much does Kanye West make?

Kanye West’s net worth was listed as the highest-paid rapper in hip-hop in a September 2019 Forbes article. Based on pretax income data, they projected yearly revenue of roughly $150 million after subtracting fees for agents, managers, and attorneys. In comparison, Jay-Z, who was named the hip-hop industry’s second-highest-paid musician in the Forbes article, earned an estimated $81 million in 2019. Kanye West’s net worth is clearly doing well as a result of his long-standing music career. However, music isn’t Kanye’s sole asset—and it may not even be his main source of income.

Kanye West owns around $160 million in real estate in the United States (land, buildings, and homes).

The primary house of Kim and Kanye is a sprawling estate in the Los Angeles neighborhood of Hidden Hills, California. This estate is made up of many interconnected properties, the first of which was purchased in 2014 in two separate deals for $23 million. The initial version of their property had a newly constructed residence on 4.5 acres. Over the next few years, the couple spent millions of dollars remodeling, rearranging, and enlarging the home. They enlarged their estate in 2019 with two separate deals for adjoining properties, resulting in a conjoined 7.5-acre monster.

The Hidden Hills estate has cost a stunning $28.5 million in real estate transactions alone. Renovations have cost tens of millions of dollars more.

Their Hidden Hills mansion is currently valued at more than $60 million. Kim paid Kanye $23 million in September 2021 to formally transfer the property under her name. A little more than $3 million of that total was spent on the home’s interior furnishings.

Among the other real estate holdings are: