A 25-year old woman, Rebecca Nicodemus, has been arraigned before Akure Magistrates’ Court in Ondo state, for the murder of her co-wife, Precious Nicodemus over sex turns with their husband. 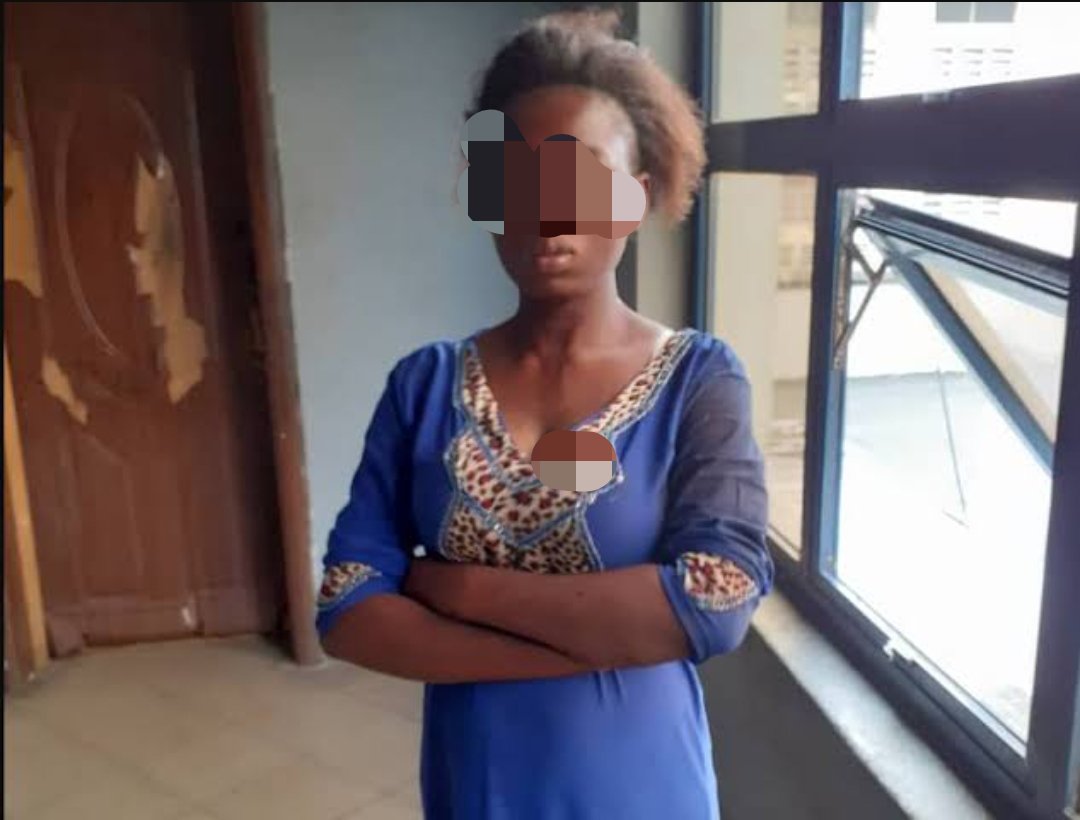 The accused, who lives Idogun Camp in Ode-Irele in Irele Local Government Area of the state, was said to have attacked and stabbed the first wife to death for getting special attention from their husband while she was being neglected.

It was gathered that the accused confronted the deceased while she coming out of their husband’s room and stabbed her claiming that the man has been expending all his energy and attention on her.

The deceased was rushed to the hospital but was pronounced dead while her remains were deposited at the morgue.

The Police Prosecutor, Obadasa Ajiboye, told the court that the defendant killed the deceased by stabbing her with a knife at her left backside which resulted in her death.

He told the court that the accused who is a farmer committed the offence at about 5.00 am at Idogun Camp via Ode-Irele in Ondo.
The charge sheet read in part, ”that you, Rebecca Nicodemus, on the same date, time and place in the aforementioned Magisterial District, did kill by stabbing one Precious Nicodemus with a knife at her left backside which resulted to her death and thereby committed an offence, contrary to and punishable under Sections 316 and 319 of the Criminal Code, Cap. 37, Vol.1, Laws of Ondo State of Nigeria, 2006.

1 married my husband, Paul Nicodemus. I came to Ondo State in January 2022 and we were leaving in the same house, I’m a farmer and we have been relating together in harmony alongside the deceased.

On that fateful day, my husband was earlier with me in the living room but had to excuse himself on the pretext that we were not free to continue with our lovemaking.

She said she was angry when she discovered that her husband had returned into the room with the first wife while she was waiting for him to resume their lovemaking.

I also heard them making derogatory remarks about me. So, I waited in the sitting room for them to come out from the room before I challenged her but she suddenly grabbed my clothes. So, I took a knife from the table in our sitting room and stabbed her in the back with the knife.
She was rushed to the hospital by the neighbours but the doctor on duty confirmed her dead. It was not my intention to kill her, I overreacted in anger,” she said.

However, her plea was not taken but the prosecution made an oral application to remand the defendant in prison custody pending the outcome of advice from the office of the Director of Public Prosecutions (DPP).

In his ruling, Magistrate Damilola Sekoni, ordered the remand of the accused person in police custody and adjourned the case till February 22, 2022, for ruling on remand application.