HomeSociety NewsI’m Happy ASUU Is On Strike, Because Nobody Is Serious About School In Nigeria- Students Reveals (Video)
Society News

A student of the University of Lagos has gone viral owing to her comments in reaction to the ongoing Academic Staff Union of Universities, (ASUU) strike. 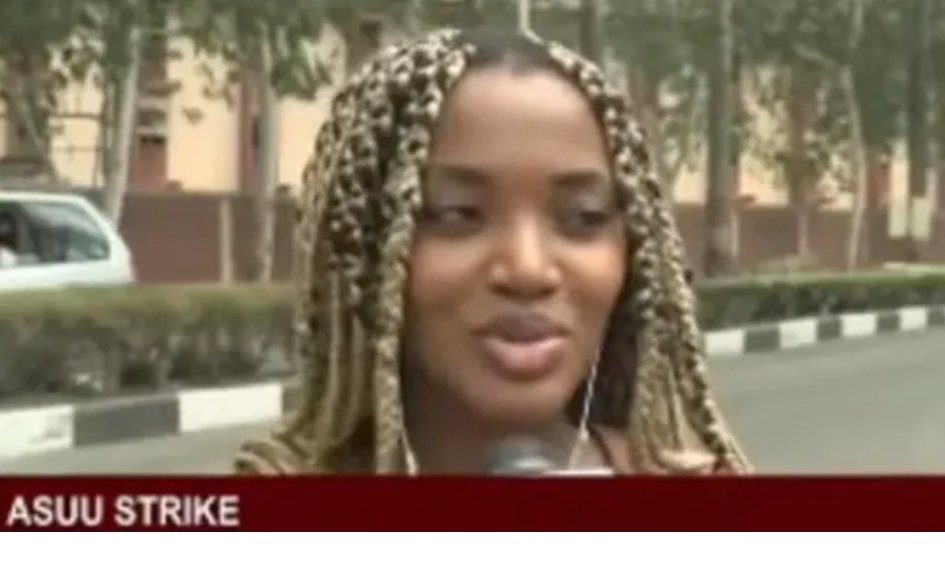 ASUU, on February 14 declared a month’s warning strike over government’s failure to meets its demands.

During a Vox pop, the female UNILAG student was asked how she feels about the strike, and she said said she is happy about it.

She explained that she is into photography and the strike will give her time to focus on her passion.

The young lady further said that no one is serious about school in Nigeria anymore, not even the government.

The student added; “Obviously, no one is serious with school in this country, including the government themselves. So, you just have to find something going on for yourself, something that works for you, and school is not it.”

Watch her speak below’