Social media has been buzzing after a viral video capturing the moment a pregnant woman is seen trading words with a woman who seems to be the wife of a married man she’s been going out with. 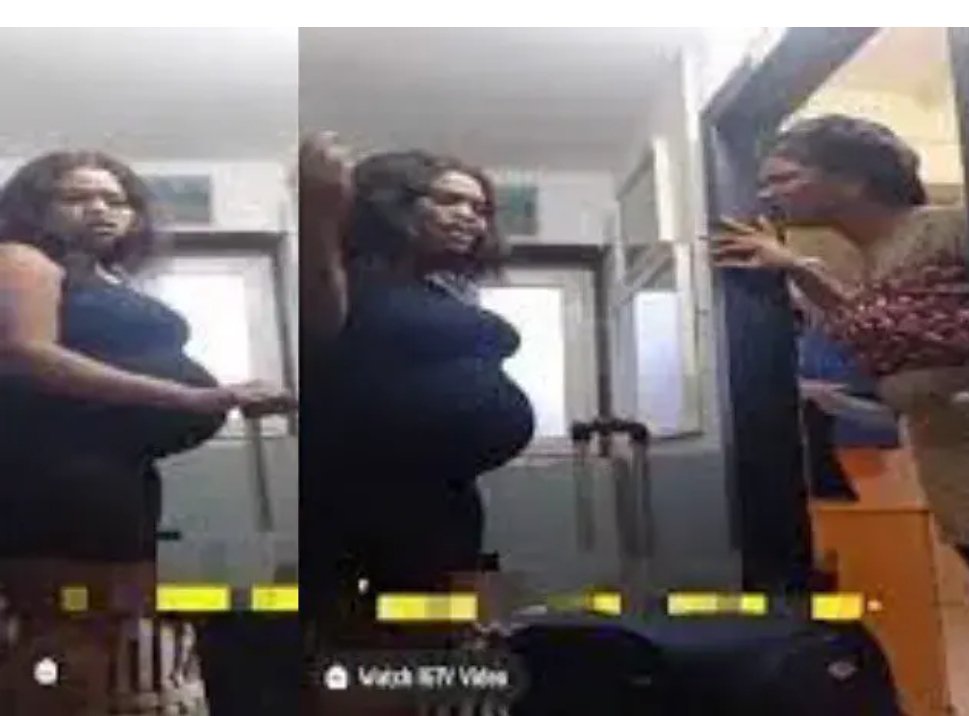 According to the side chic, she’s carrying the child of the woman’s husband but knew the man was married so she did not want to break into his home but as the pregnancy kept growing in size the man has refused to take her calls forcing her to move into his matrimonial home.

In a quest to force the pregnant woman out, the wife pulled her wig off her head causing the pregnant side chic to shed tears.

The voice of an unidentified man can be heard cautioning the wife not to hit the pregnant lady.