A man who was identifed as Yahaya Ibrahim, from Bassa Local Government Area of Kogi State, has finally narrated how notorious kidnappers with armed stormed his house sometime ago, kidnapped his two children and took them into the forest followed by serious negotiations for ransom. 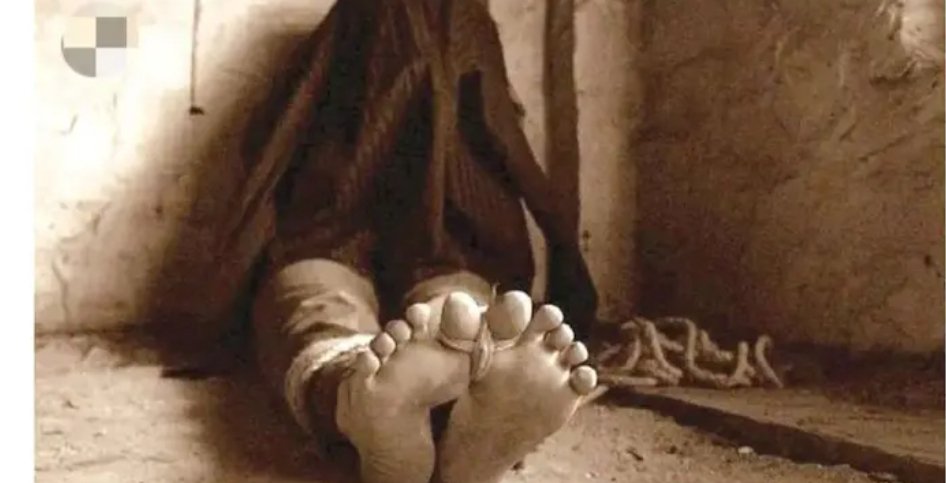 The man added that the planners of the kidnap were well known to the family and he even visited them to partake in a new year celebration even while his gang members were still holding on to the children so as not to be suspected of his involvement in his children abduction.

The man who narrated the incident with tears was so sad speaking with tears in his eyes.

The sad father explained as how shocked he was when he discoverd the corpse of his six- year- old daughter with her head cut off in the forest.

On his part, the 23- year- old master planner of the abduction, Friday Domozu, who is currently being in the police custody at the Abuja office of the Force Intelligence Response Team, IRT, disclosed that he and three of his accomplices from Nasarawa State, abducted the 6- year- old girl, Farida Yahaya and her 14- year- old brother Abdulraheem Ibrahim, because they wanted to get money from their parents, who he said were very well known to him.

The man who reacted to the case added that his son Ibrahim, however, ran from their custody four days after he was abducted, leaving his sister alone to suffer.

The suspect, said he and his gang members kept on calling Farida’ s father for her ransom, even while she was killed and that he also visited the victim’ s house during the new year celebration because he did not want members of their community to suspect him as the man who was behind the killing.

He said he was so shocked when detectives of the IRT, raided his village and arrested him as the person behind the crime, while the mobile phones he used in negotiating the ransom were also gotten from him.

While confessing to the crime, the suspect, who is a native of Sheria community in Basa, area of Kogi state, said;

” I joined the military in 2020, I was amongst the batch 79 intake and we were sent to Zaria camp for training. I was not dismissed but withdrawn because of the accident that I had while in training” .

” We organized a boxing competition in camp and I was one of the boxers. When it was my turn, the plank that we used to construct the boxing ring broke and my leg was injured” .

” They rushed me to the hospital but the x- ray showed that my leg was no longer in good condition to be a military man. The rule was that if a recruit stayed away from training for five days such a person should be withdrawn” .

” When I returned, I went into farming. I was in my village when some guys including someone well known to me came from Nassarawa and

asked me to join them to pick one man who they said was owing them.

” I waited outside while the four of them with their AK47 rifles entered and came out with two children. We took them to Gabeji area inside the thick forest” .

” We contacted their family and started asking for money if they wanted their children safely home. They told us that the small girl was a sickler and we asked them to hurry up if they wanted her home alive” .

The man discribed the suspect as a very wicked man saying that he killed his daughter and cut off the head even when he was so close to the family.

He thank God for the successful arrest of the criminals but begged the police for justice for his daughter.

In his speech, his son Abdulraheem, who escaped from the abductors’ den said; ” After eating around 8 pm, two people entered our house while two persons were at the exit gate. Another two were at the community secondary school close to the house.

We tried to run with my stepmother but the ones at the exit gate catch us. They were with guns so the took me and my sister Farida. We worked throughout the night till around 4 am.

They took my sister. When we got to their den, they tied our hands and legs and also closed our eyes in the morning so that me and my sister could not see them. In the morning they released my hand and leg so we can eat.

When I escaped my sister could not that’ s how she was killed.

It was a very sad and terrible experience the boy narrated.