HomeSociety NewsI Left Home Searching For Richie’s But I Came Back After 42yrs With Empty Hand, Haven’t Nothing to Show- man Narrates
Society News

94-year-old Hiltan Kalugho has been reunited with his family in Majengo village, Mwatate, Taita-Taveta County after being away for 42 years. 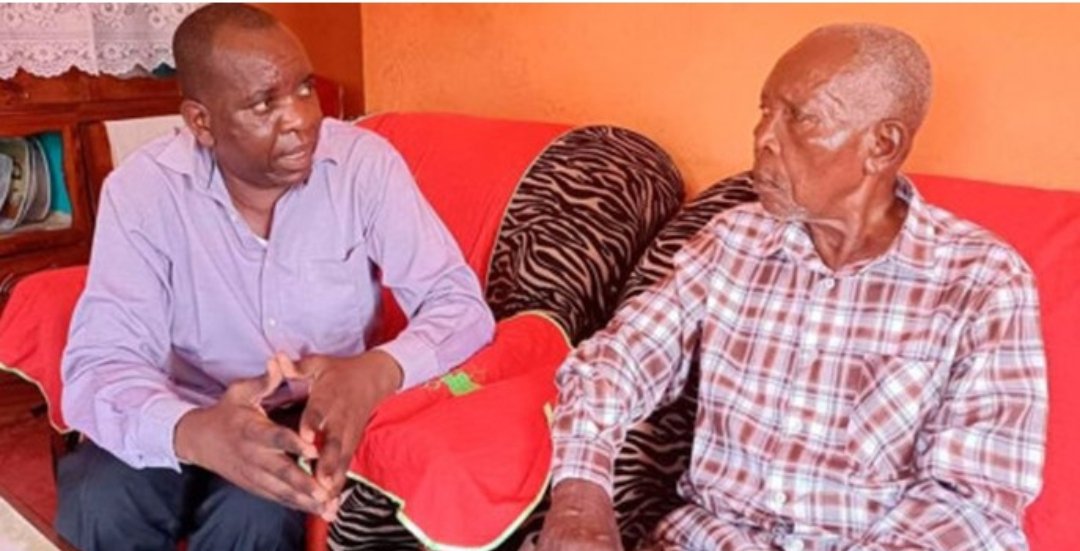 The Kenyan man said he left home for Tanzania in 1980 to look for fortune in te neighboring country, leaving behind his wife and seven children.

“I left home in search of greener pastures because I wanted a good future for my children. Unfortunately, I was unable to come back home because I did not get the money I expected to get to feed my family,” he told Sunday Nation.

According to the nonagenarian, life at the border town of Mororoni where he first worked as a gemstone miner did not, however, turn out as he had envisioned, forcing him to try his luck at livestock herding.

We did not get any breakthrough. What we used to get was only enough to sustain us,” said Kalugho.

By this time, Kalugho says, he had refused to remarry and was yearning to return home. It took a Kenyan pastor who had visited the area to share Kalugho’s story on social media and reunite him with his family.

Kalugho’s son, Mnjala Mwaluma, said after unfruitful searches for their father over the years, he was called by the pastor to inform him that he had been found in Tanzania.

Recently I received a call from a pastor telling me my father had been traced in Tanzania. He came with him to Mombasa where we went to meet him,” said Mwaluma.

The senior citizen returned home last week to find that his wife had died in 2007, as did his two other sons.

“I feel so bad that some of my family members are not here to witness the reunion. I had longed to see my wife and all my children,” he said.