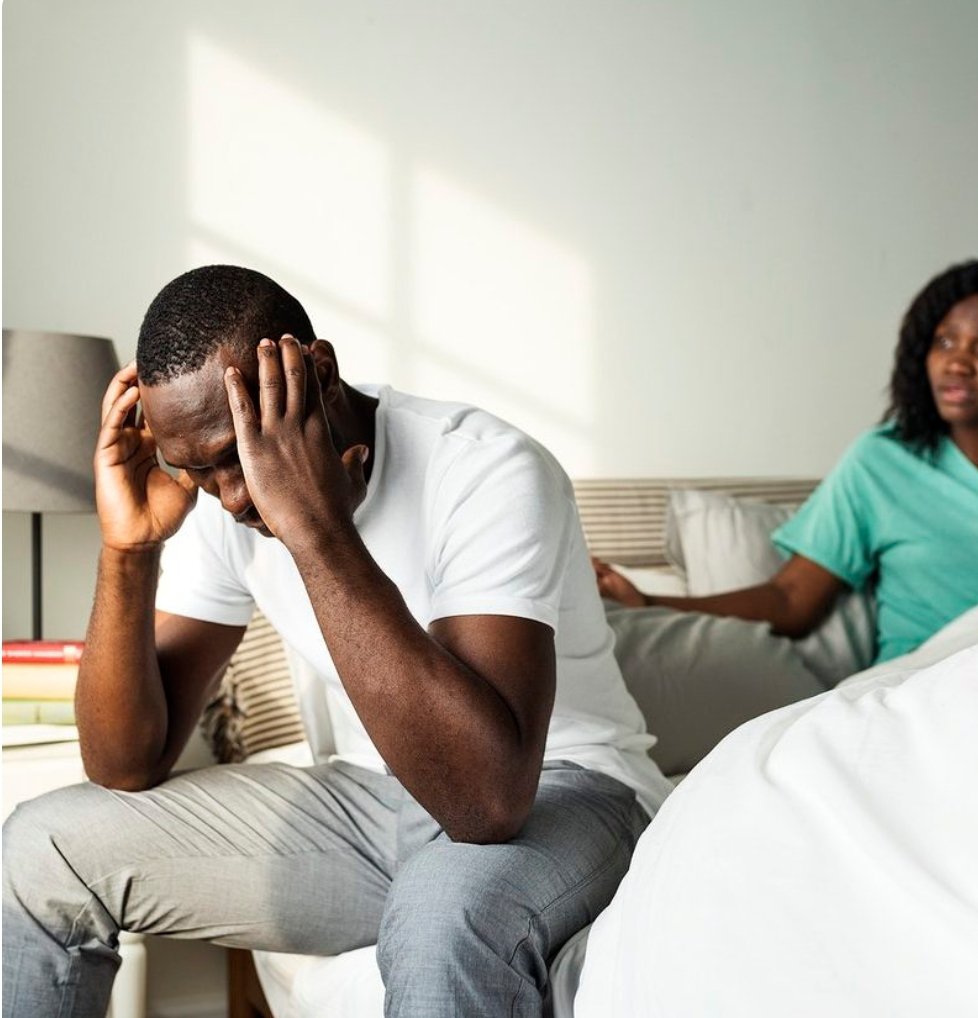 Before I and Gwen became an item, she was always talking about one particular guy. Sometimes she talked about him in the fondest way and other times too she spoke about him with bitterness in her heart. Mostly, after talking about him, she’ll end her statement by saying, “That guy. He made me suffer for nothing.” At some point I got her to open up fully about “that guy.” She said, “He’s my ex. I don’t know if I should call him my ex or not because he never said it’s over. He ghosted me. Several months later, I found out that he had traveled to the United States. We talked. I asked him about us—what we’d become. He told me he can’t say and that we should leave everything to God.”

I was friends with Gwen for a very long time before I proposed to her. When she said yes to me I started monitoring her conversations. I was trying to pick a hint as to whether or not she was still thinking of that boy. She never spoke about him again. Even when I internationally brought the guy’s name into our conversation, she found a clever way to avoid talking about him. When I pushed it, she got angry. I remember one day she told me, “I regret talking about my past to you. Next time, it won’t happen. That way you won’t get anything to tease me with.”

I stopped talking about the guy completely. Our relationship soared. The love between us kept growing until three years later, we started talking about marriage. We did the knocking and later fixed a date for our wedding. Her father fell sick along the way so we put the wedding plans on hold for a while. Just when his father was about to get well, her mother also fell seriously sick. She is the first child so a lot depended on her. She threw all her money on the table to ensure that her parents get well. That also pushed our wedding arrangement further in the dark because she didn’t have a lot. I supported her but she still needed more.

At some point, she started mentioning a name of a family member who was helping her with money and drugs from abroad to take care of her mother. She spoke fondly of him and always said, “If this man didn’t come into the picture, I’m sure my parents would have died.” I always told her to extend my thanks to that family man.

Her parents got well. We spent some months gathering resources so we could bounce back to our wedding plans. It wasn’t easy but when two determined souls put their strength together, miracles happen. Slowly, we got back on our feet again and did the wedding just a few days ago.

September 4th was my wife’s birthday and it was just a week after our wedding. One of her friends who was also one of the bride’s maids was celebrating my wife on her WhatsApp status with photo slides. Most of the photos she used came from the wedding. Getting to the evening, she posted another photo from the bachelorette party and I saw a guy in there. “Wasn’t that supposed to be for only women? What was the guy doing in there?” I zoomed into the photo and saw who the guy was. It was “that guy,” the ex she couldn’t stop talking about at the initial stages of our relationship. The guy who traveled abroad and told her to leave the rest to God. Yeah, it was that guy.

I was shocked. I wanted to ask questions immediately but I later decided to take it slowly. Of course, I checked her phone. Of course, I checked her WhatsApp and didn’t see anything. I went through her iMessage and everything was there. Yes, the guy was at the bachelorette. Before that, they were talking. They talked about the wedding and they planned to meet before the wedding. After that bachelorette, the guy sent her the last message that said, “Thanks for coming. It was great.” Then she added the winking sign.

That got my mind racing and my heart in tatters. “Thanks for coming? Who went where?” That night, I sat her down and said, “I know you hardly lie so don’t try to lie to me today because I know everything. Your ex was at your bachelorette. After that what happened?” She sighed and lowered her head. She said, “Yeah he was there. He has been in Ghana for a while and we hadn’t met so he used that opportunity to see me.”

I asked, “And then what happened afterward?” She said, “Nothing happened. After the party, I went straight home.” I read back that portion of the guy’s message to her. She started crying. She said, “Ok let me tell you the whole truth.” I braced myself for the worse. She said, “He came into the picture when my parents got sick. I needed help so I spoke to him and he started sending me money and drugs for my parents. He helped a lot and I was grateful.” I asked, “So he was the guy you said was family?” She answered, “Yeah that’s the truth. I didn’t know how to tell you that’s why I said that.”

I said, “So back to after the party. You went to his house and gave him the perfect closure?” She asked amidst tears, “Why would you think such of me? That I will sleep with someone a few hours to my wedding?” I said, “That ‘thanks for coming and it was great’ message, what were they for?” She said, “The truth is, after the party, he gave me a lift home. That was all. He didn’t even try to pick on me or do anything untoward. We just talked and he brought me home. Nothing happened, believe me.”

No, I can’t believe her just like that. I probed further and all I got were tears and sneeze. She said, “I’ve told you all the truth. If you don’t believe me then there’s nothing more to say or do.”

I called that friend of hers who posted the photo. I asked what happened that night. I begged her. I nearly cried but she said, “I was with her and nothing happened. The guy came there just when they were about to finish the party. When we got home, we sent each other messages that we were home. You can read those messages and see the time difference and judge for yourself.”

Currently, I’ve hit a rock. There’s no one else to talk to and there’s no place to find the truth apart from these two people. That line, “Thanks for coming…” has become my nightmare. Is it that I don’t understand English or it’s my jealousy that’s playing tricks on me? “Coming” means someone was somewhere and another person went there. Or that’s not the definition again? Has the English language changed without my knowledge?

My marriage is only a few weeks old but I can’t enjoy it. I’m filled with suspicions and the effect of those suspicions is breaking me on the inside. I don’t even know why I’m sharing this story. Maybe, sharing it will help put my heart at ease and help me breathe fine. Please, tell me I’m wrong and that my wife is telling the truth. Maybe that will make me believe her but for now, everything in me says that her ex did something to her.