HomeSociety NewsI Have Infected 115 Men With HIV, Since I Got Infected at 18 And I Will Infect More- Lady Vows
Society News

A lady on the microblogging platform, twitter, has revealed the staggering number of people she’s infected with HIV. 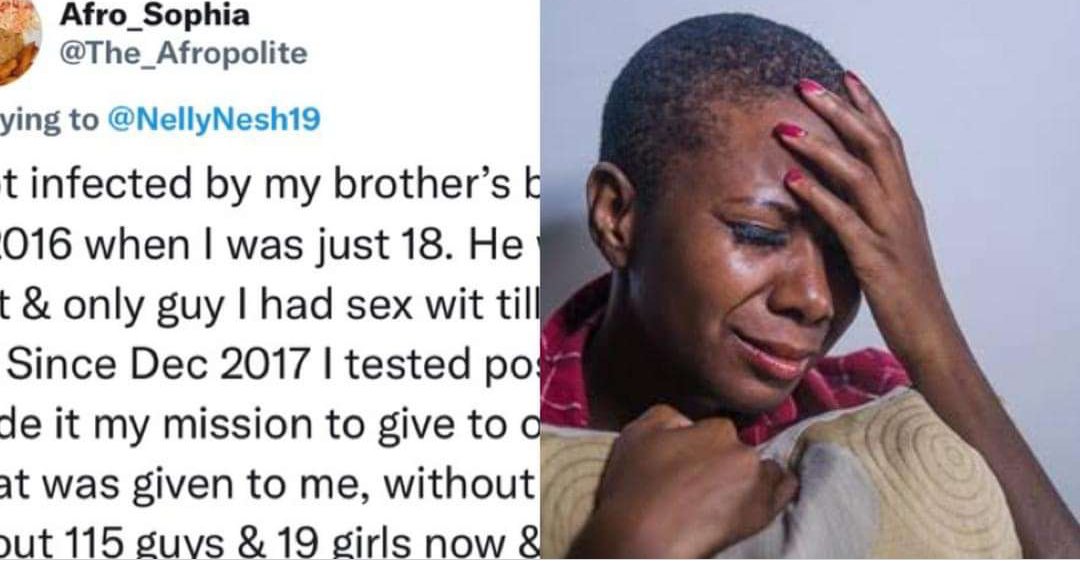 It all started with various people living with HIV making revelations about how they got infected and how they’re able to cope with their situation.

The Tweep identified with the handle, @The_afropolite revealed that she had contacted hers from her brother’s best man when she was just 18 years old, in 2016.

She tested positive for the virus in 2017, and decided to make it her life mission to spread it to other people.

In her words she wrote: