The Hypo toilet cleaner brand has recruited corps members into its community development service initiative known as Hypo Toilet Rescue Volunteer program during the official launch of the programme at the NYSC Orientation camp in Ipaja, Lagos over the weekend.

According to World Health Organisation, 3.6billion people don’t have a toilet facility and nearly half of the world’s population live without a safely managed sanitation service. In Nigeria, over 100 million households are being affected in Nigeria, which has conveniently pegged it as the nation with the highest number of open defecators in the world. Hypo Toilet Rescue Volunteer programme is designed to encourage the youth to further get involved and support community development. The requirement is to register as a Hypo Toilet Rescue volunteer, then get on the task to identify public toilet facilities e.g school, healthcare, community facility etc which require urgent interventions such as refurbishment, quick repairs, facelift etc., submit a documented case to the company, stating how and all that will be required to bring the public facility to a perfect condition.

Cases considered to be outstanding and worthy of being rescued from the pool of entries shall be taken up by the Hypo Toilet cleaner brand and funded to completion as suggested by the Corp member. Corp members whose cases make it to the top will equally be awarded with cash rewards and open to other opportunities in the company. Also, as part of the launch program, the brand organized a night of fun tagged as Hypo Toilet hygiene Night concert to excite Corp members and welcome them on board as volunteers.

According to Mr. Chidera Anele, Hypo Toilet Cleaner, the idea is to encourage the youth to equally get involved in selfless community service. Hypo Toilet Cleaner has rescued many toilets since beginning of 2021 and the ultimate plan is to increase the numbers through the support of our Corp members.

We want to instill that sense of responsibility to ensure people within their community where they possibly conduct Community Development Service exercise live with clean and hygienic Toilets, Hypo Toilet Cleaner will fund the project and make it happen and most interestingly, rewards will be awarded for their efforts,” said Chidera. Speaking at the program, Mr. Megwa Edwin, the State Coordinator, Lagos NYSC said “We appreciate as an institution what Hypo Toilet Cleaner is doing, they are rendering selfless community development service worthy of commendation which is what NYSC also stands for. 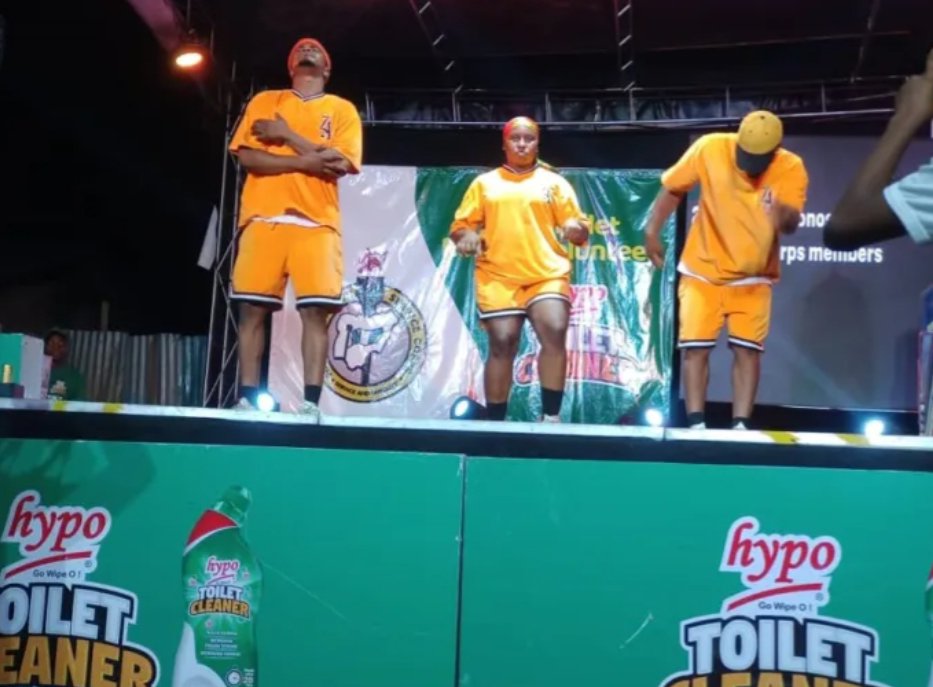 While others might consider this a money-making opportunity, HTC takes it up as a CSR, more reason we readily keyed into the program as we apparently share the same vision of transforming the community into a better place for all. Hypo Homecare has the idea and we happy to support with personnel to achieve the desired results, he stated.