Fox News top two primetime hosts clashed about what to do with Vladimir Putin – as Sean Hannity suggested the Russian leader should be assassinated, while Tucker Carlson warned that removing the dictator could lead to someone even worse taking power. 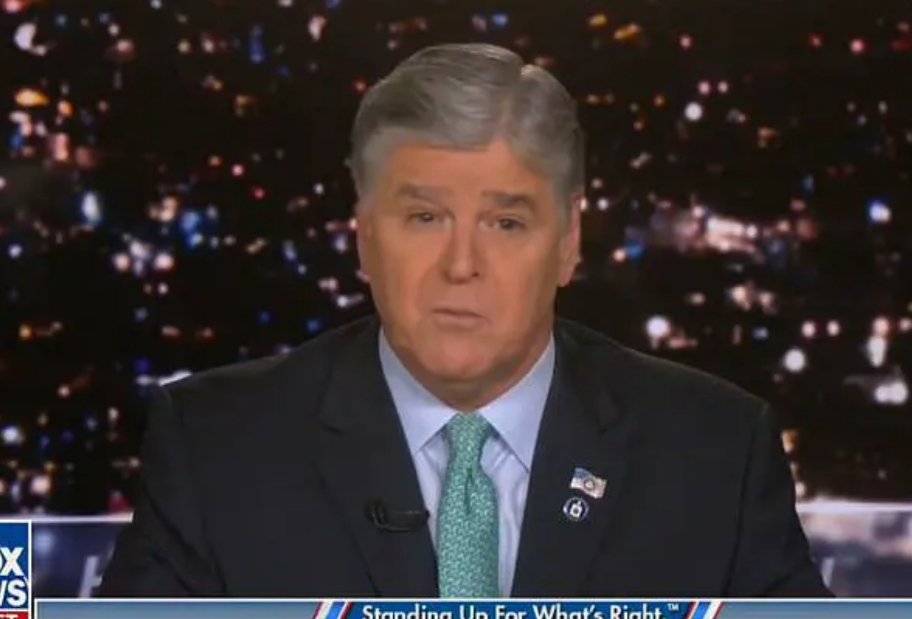 ‘Cut the head of the snake off and you kill the snake,’ said Hannity, 60, as the first Ukrainian city fell to the Russian invasion on Wednesday.

‘What we really need in this crisis, more than anything else, is a worldwide condemnation,’ Hannity said on his daytime radio show. ‘And it’s a simple new rule that if you invade an innocent sovereign country, and you kill innocent men, women and children, you don’t deserve to live. That’s the bottom line.’

‘And I’m like, ‘You cut the head of the snake off and you kill the snake. Right now the snake is Vladimir Putin,’ Hannity added.

He brought a similar attitude to his primetime show ‘Hannity’ Wednesday, and echoed his take that the Russian president had ‘forfeit [his] right to live.’

The comments came as the first major city in Ukraine, Kherson, fell to the Russians, the mayor confirmed on Wednesday, urging his residents on Facebook to obey ‘armed people who came to the city’s administration’.

Kyiv was also coming under attack in the early hours of Thursday, with a bright explosion booming across the city around 2am.

The fall of Kherson comes as Putin’s invasion heads into its second week. President Joe Biden forcefully condemned Putin and said ‘he has no idea what’s coming’ in his State of the Union Tuesday.

Russian President Vladimir Putin attends a meeting with the head of Russia’s Union of Industrialists and Entrepreneurs, a big business lobby group, at the Kremlin in Moscow on March 2
Hannity also suggested a Spartacus-esque scenario in which either everyone or no one took credit for the assassination.

‘You know, if we can see on satellite imagery where the convoy is, I don’t know, maybe some smart country, maybe NATO might take some of their fighter jets, or maybe they can use some drone strikes and take out the whole damn convoy,’ Hannity said on the radio Wednesday. ‘And then nobody takes credit for it, so then Putin won’t know who to hit back.’

But fellow Fox News host Tucker Carlson suggested that it was better the devil you know and that deposing Putin could end in an even worse dictator.

He also suggested ending the sanctions against Russia, during his Wednesday show.

After criticizing the supposedly performative efforts to support Ukraine by both President Biden and Republican Minority Leader Kevin McCarthy, he asked rhetorically what should be done about Putin.

‘What’s the point of all of this? Putin’s bad,’ he said. ‘No one in America is gonna argue with that. But will destroying the entire Russian economy make Putin less bad? Will it force Russia troops to withdraw from Ukraine? And if it will, how exactly will that work and how long will it take?’

He then wondered what would happened if Putin were somehow removed from office.

‘Would the next Russian president be an improvement over Putin? Or would Russia descend into barbarous chaos like Iraq, Syria, and Afghanistan did once we overthrew their governments?’ he asked.

Carlson wrapped up by trashing what he sees as the U.S. foreign policy establishment

‘They’re very good at wrecking things,’ he said. ‘It’s what they do. They planned the Iraq war and they never apologized for it. So we might want to make sure they don’t wreck anything else ever again, especially this country.’