Friends and family on Sunday, March 13, bid farewell to a 23-year-old woman, Kgomotso Karen Maropola, whose badly decomposed body was found buried in a shallow grave in Limpopo, South Africa.

Maropola, who was reported missing after she did not return home on Sunday, March 6, 2022 at Phagameng location, was found brutally murdered on Wednesday. She was working as an assistant teacher at Nylstroom Hoerskool.

When the victim was reported missing, the police commenced with a search operation, assisted by members of the community.

The search operation was intensified involving the Search and Rescue Unit, the K9, the local Police and community members. The body of the deceased was later found buried in a shallow grave next to the railway line at Phagameng township, Modimolle.

The Acting Provincial Commissioner of Police in Limpopo Major General Jan Scheepers has called on community members to assist the Police in the investigations by providing valuable information that can lead to the arrest of the suspects.

“As we continue to fight the scourge of Gender Based Violence in all fronts, incidents of this nature call for collaborative efforts to ensure that the perpetrators are brought to book as speedily as possible,” said Major General Scheepers. 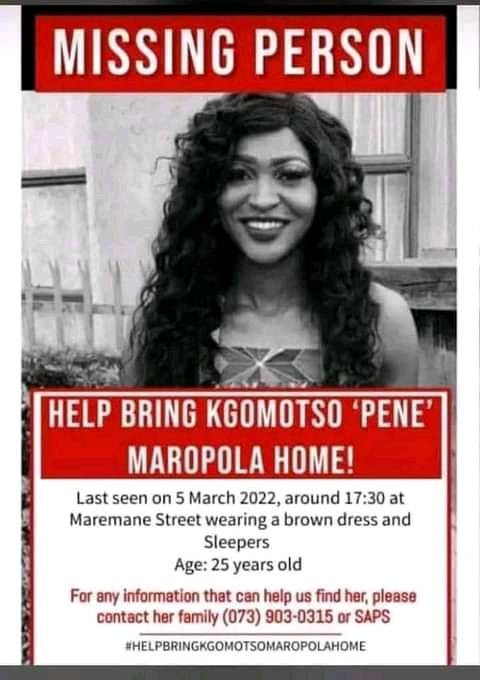