HomeSociety NewsHow I Deceive A Drunk Man To Get Me Pregnant; No Man Wanted me, Because Of My Condition– Woman says
Society News

A 70-year-old woman with a skin condition has recounted how getting a lover was so difficult that she had to lure a drunk man to have sex with her once just to get pregnant and have a child of her own. 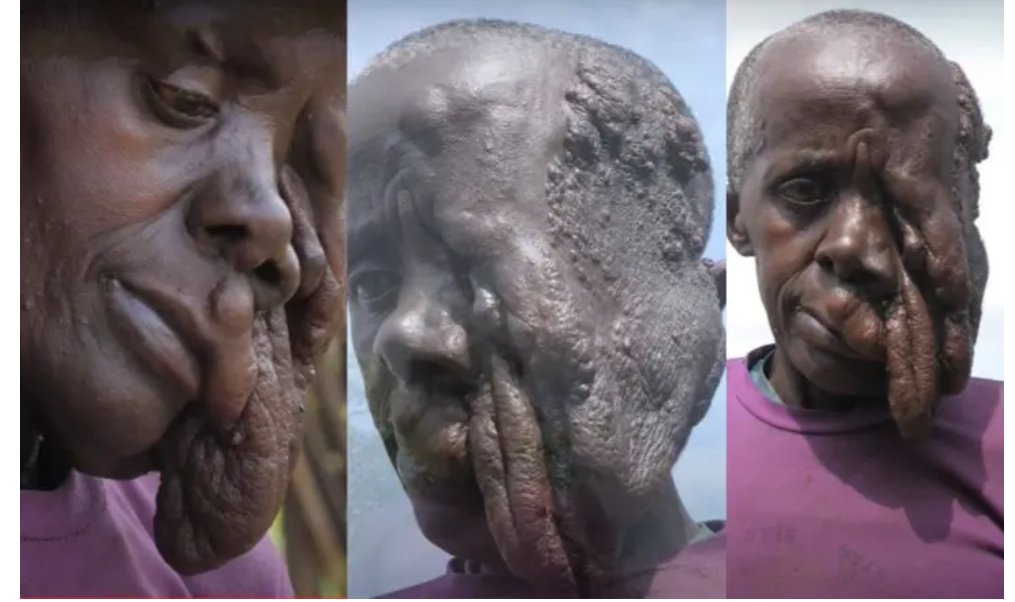 According to the woman identified simply as Safira, she was born normal and was schooling but at the age of 16, her current condition started and her life has since not been the same.

She could not continue her education due to the condition. She and her parents sought treatment at various places, but none could remedy her situation.

She was yearning to have a man to spend the rest of her life with and have offspring with, but her condition scared men away.

The tumours that surfaced on her cheek multiplied, expanded and affected her knee as well as other parts of her body later. After all treatments failed, she and her parents decided that she would just have to live with the condition.

Her parents died, and she became lonely, and the desire to have a soulmate heightened, but no man was interested in her because of her condition.

Not being able to withstand the rejection by men anymore at age 35, Safira decided to use deception to get a man to sleep with her just so she could get pregnant and give birth.

She concealed her face, stepped out, and fortunately met a strange man who was drunk.

They started talking and proceeded to his house, where they had sex without the man noticing her condition because of his drunken state.
The one-night stand got her pregnant as she wanted.

When she subsequently told the man of his responsibility for her pregnancy, he denied ever meeting her in his life.

She told Afrimax TV that she understood how the man felt and didn’t want to drag the matter with him because she used deception to get him to sleep with her.

She gave birth to a beautiful daughter who has no health issues and is now seventeen years old. Her daughter has become her companion, who she hopes will take care of her when she grows older and is unable to fend for herself.

Unfortunately, all efforts by her daughter to secure a job to earn money have proven futile so far because of a lack of formal education.

To avoid depending on the benevolence of neighbours for survival, Safira and her daughter engage in backyard farming, from which they get their food.