In a recent report gathered by the Nation Newspaper, a thirty year-old man named Tambaya Usman was paraded by legal law enforcement officers in Niger state after murdering one of his relatives. 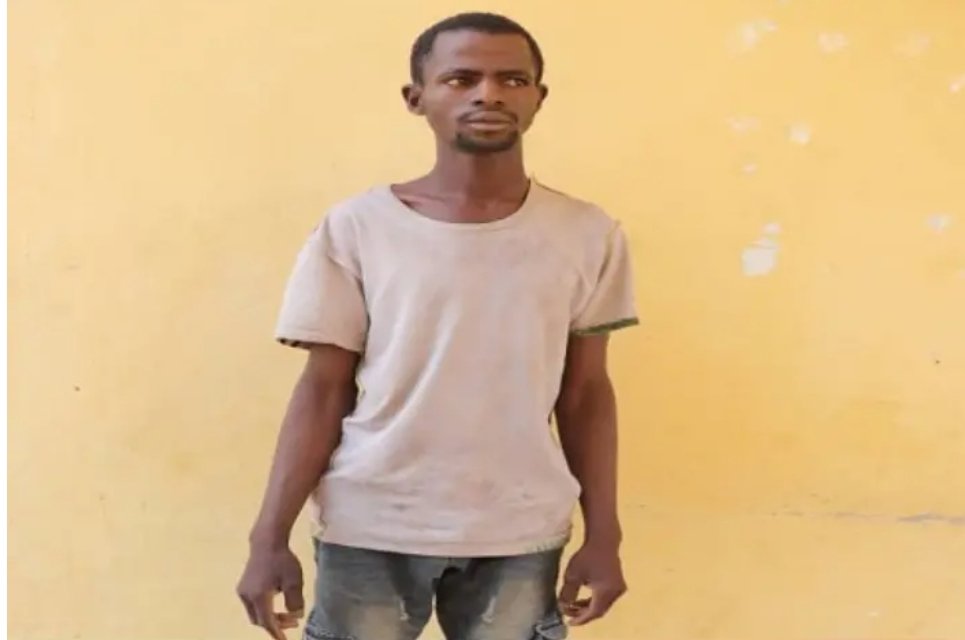 Tambaya Usman was confirmed to have murdered his cousin named Umar Musa. When he was being paraded, he revealed the reason behind his ugly action saying, “I beheaded my cousin after seeing him with my wife for the second time.”

The paraded young man recounted that his cousin brother was first caught having intimacy with his wife long time ago. When this happened, he reported to the elders in the family and Umar Musa was made to tender an apology with a promise not to engage in such again. Unfortunately, he did the second time.

Niger State Police Spokesman named Abiodun Wasiu spoke with the press after the culprit was paraded. First, he confirmed the incident and clarified that Tambaya Usman was arrested by Police operatives attached to Kagara Division.

At the moment of filing this report, the murderer is in custody of law enforcement officers awaiting possible persecution after court appearance.