Nollywood actress and producer, Mide Martins has recounted a near-death experience she had while on the set of a movie production. 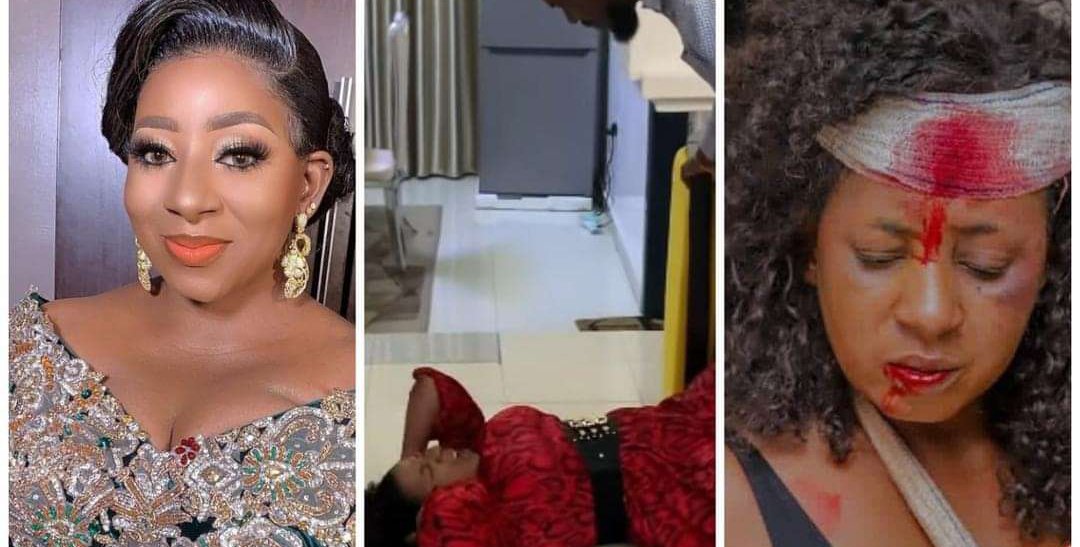 For the actress, getting injuries during filmmaking has become a norm for her as it is one of the pitfalls of movie-making.

The talented actress who had to endure pains to make her movie outstanding believes movie making isn’t about money but about passion and passing across the information.

We, lovers of movies, don’t know the extra miles or efforts they put in behind the scenes to give us the best.

Mide Martins, who recently produced her new movie, Onitemi recounted the pains she had to endure to give her fans the best.

Taking to her Instagram page, the actress revealed how she almost lost her brain while on set.

Praying for her efforts not to be in vain, Mide disclosed that she almost lost her brain while shooting a particular scene.

She stated that she hit her head badly on the tiles but God’s grace sustained her.

The actress, whose movie was taken down on YouTube prayed that God crowns her efforts.

“May we not labor in vain…
May God crown all of our greatest efforts. I give glory to God almighty because “ni gbogbo ona aye ope yo” Hmmmmmm!! I remember when we were shooting this particular scene I almost lost my brain after hitting my head badly on the tiles. I was able to sustain through the grace of God almighty”.