A video which surfaced on social media captures the moment a Nigerian man tried to pay a food hawker with $100. 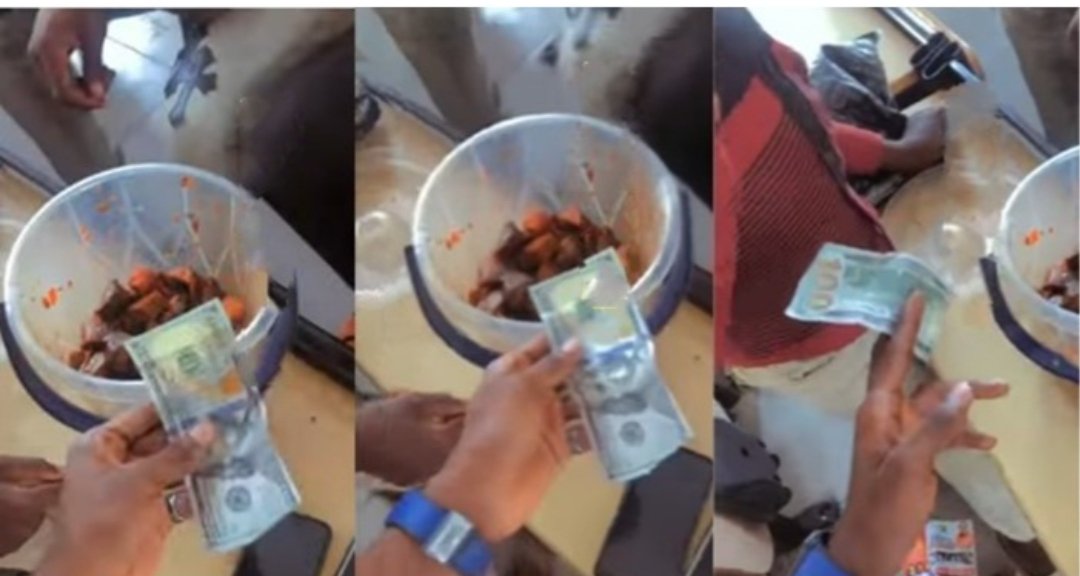 According to reports, the lady who hawks meat refused to accept the money and insisted on being paid 700 Naira which is the cost of items bought from her.

In the short video clip, the man showed off the 100 dollar bill and handed it to her but she was hesitant to take it. Some netizens said that she should not be criticised for turning it down as one may never know if it is counterfeit.