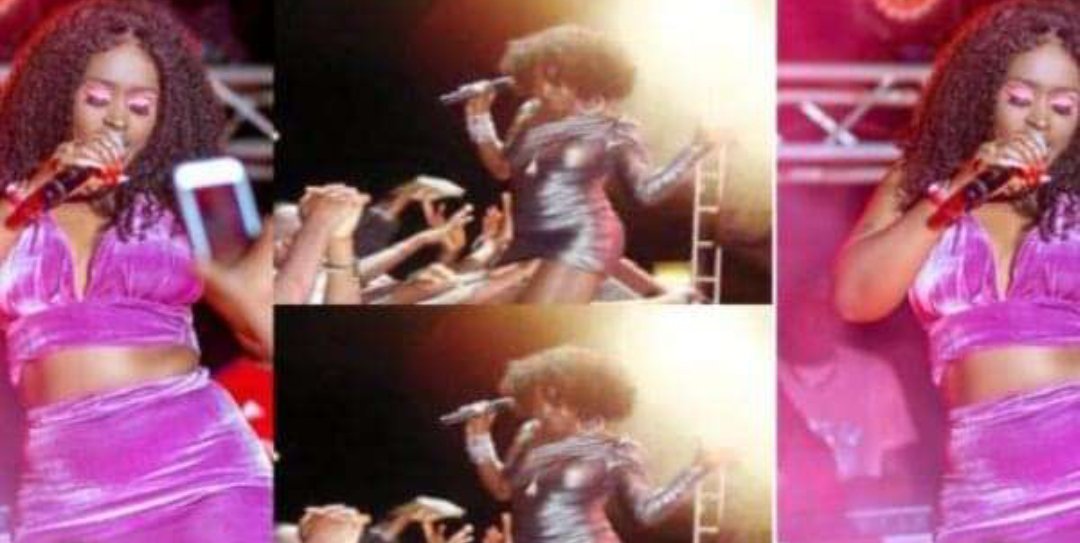 While having a performance, the female singer faces some body shame from her fan due to her mini wears which actually reveals here s*e organ out.

Crazy fans who couldn’t hold on to what they are seeing, took upon their phones to film the singer as her private party was all showing out.