Musa in his usual philanthropic style chose to come to the aid of the former defender who recently revealed that he uses his only car for commercial transport to sustain his family. 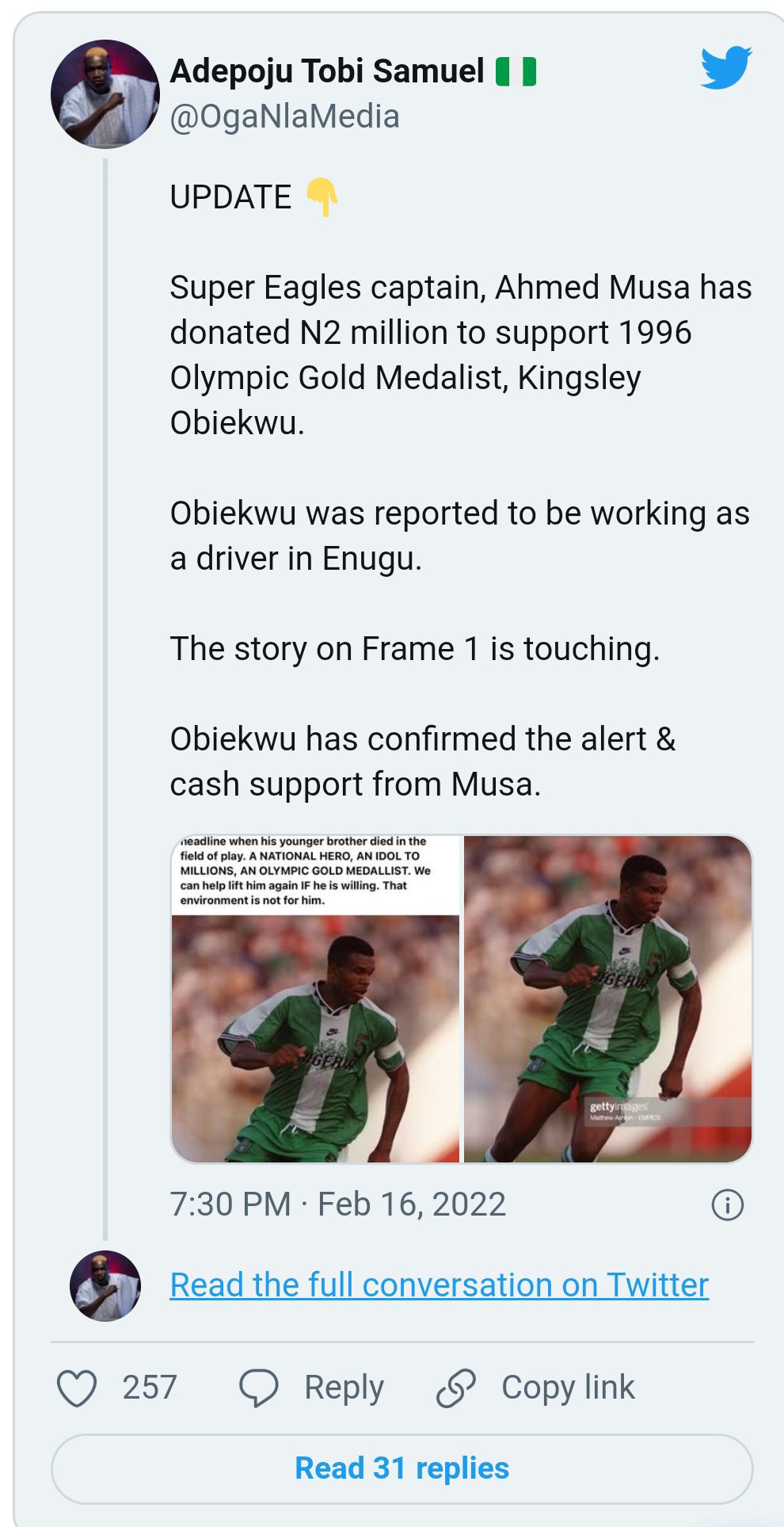 Obiekwu, Member of the Order of Niger (MON), made this disclosure in an interview with the News Agency of Nigeria (NAN) on Tuesday in Awka.

The veteran, who played for Rangers International FC, Enugu and Udoji United in his days, said he went into the transport business to sustain his family.

The former defender noted that things had not been rosy since he returned to Nigeria in 2008, in spite of his contributions to the development of Nigeria’s football.

According to Obiekwu, who now coaches INGAS FC, Enugu, he has to combine the coaching job with the commercial transport business to make ends meet.

He stated that his former employees owed him over N6 million cumulatively.

“Yes, I am a commercial transporter; there is nothing to hide about it. Man has to do what is legal to pay his family bills.

“I have four children at Enugu State University of Technology and my last child is in primary five.

Musa has a long history of kindness with his most recent before now being the kind donation to the building of a mosque in Garoua during the Africa Cup of Nations hosted by Cameroon.

Former Nigerian midfielder, Justice Christopher has died at the age of 40. OmaSports reports he passed away Wednesday morning in...
Sports

Arsenal Set To Take A Drastic Move To Complete This In January (Check it out?)

It’s been a busy month for Arsenal Football Club. A very busy month. The buzz of new signings has permeated...
Sports

After Buhari’s call, Super Eagles Knock Out of 2021 Africa Cup of Nations

Super Eagles crashed out of the ongoing African Cup of Nations (AFCON) after suffering a 1-0 loss to COVID-19 ravaged...