HomeUncategorizedHouse of the Dragon Release Date, Trailer, Cast, Plot And and More
Uncategorized 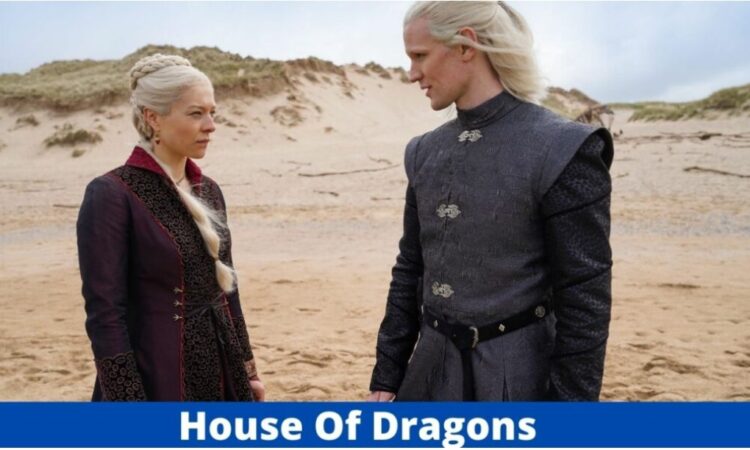 The land of Westeros is finally returning after two years since the Game of Thrones finale went down like a lead balloon.

The 10-episode House of the Dragon, based on George R. R. Martin’s 2018 novel Fire and Blood, will explain the Targaryen dynasty’s origins 200 years before the events of the original programme.

The highly anticipated series will premiere on HBO in the United States and Sky Atlantic in the United Kingdom in 2022. (or HBO Max in both regions, by that point).

We already know a lot about House of the Dragon because HBO revealed public information on its core cast of characters and actors ahead of leaks, and we’ll go through everything we know about the programme so far, from its current trailer to its projected premiere date, down below.

What exactly is it about?

The series, which is set 200 years before the events of Game of Thrones, is based on George R.R. Martin’s “Fire & Blood,” and follows the story of House Targaryen.

When it will be released:

House of the Dragon will be released in 2022, according to the first teaser video. However, no specific release date has been set. Casey Boys of HBO earlier provided an update on the spinoffs, saying, “House of the Dragon is the only one shooting.” In 2022, there will be one on the air.

What’s going on behind the scenes?

The series will be co-created by Martin and Ryan Condal (Colony, Hercules).

Showrunners Miguel Sapochnik and Condal will also serve as executive producers alongside Martin, Vince Gerardis, Sara Lee Hess, and Ron Schmidt.
Sapochnik received Emmy and DGA awards for “Battle of the Bastards,” which he directed six times for Game of Thrones. In 2019, he was nominated for another Emmy for directing “The Long Night,” and as an executive producer for the final season, he won the Emmy for Best Drama Series.

The series will also be directed by Clare Kilner (The Alienist: Angel of Darkness, The Wedding Date) and Geeta V. Patel (Meet the Patels, The Witcher). Director and co-executive producer Greg Yaitanes (Banshee, House) is on board.

The series will be scored by Ramin Djawadi, who previously worked on Game of Thrones and Westworld.

Who are they going to play?

King Viserys Targaryen is played by Paddy Considine. At the Great Council of Harrenhal, the lords of Westeros chose Viserys to succeed the Old King, Jaehaerys Targaryen. Viserys is a kind, compassionate, and decent man who merely wants to continue on his grandfather’s heritage, but as we’ve seen on Game of Thrones, good men don’t often make good kings.

Alicent Hightower is played by Olivia Cooke. She is the most beautiful woman in the Seven Kingdoms and the daughter of Otto Hightower, the King’s Hand. She grew up in the Red Keep, close to the king and his inner circle, and she possesses both courtly charm and political savvy.

Princess Rhaenyra Targaryen is played by Emma D’Arcy. The firstborn child of the king. She is a dragon rider and is of pure Valyrian blood. Many people believe Rhaenyra was born with it all… She, on the other hand, was not born a male.

Prince Daemon Targaryen is played by Matt Smith. Daemon, King Viserys’ younger brother and successor to the throne is an unrivalled warrior and dragon rider who carries the real blood of the dragon. However, it is rumoured that the gods toss a coin in the air whenever a Targaryen is born

Lord Corlys Velaryon, often known as “The Sea Snake,” is played by Steve Toussaint. “The Sea Snake,” the lord of House Velaryon, a Valyrian family as old as House Targaryen, is Westeros’ most famous maritime explorer. He transformed his home into a strong seat that is even wealthier than the Lannisters and boasts the world’s largest navy.

Princess Rhaenys Velaryon is played by Eve Best. “The Queen Who Never Was,” a dragon rider and the wife of Lord Corlys Velaryon, was passed over as heir to the throne in the Great Council because the realm favoured her cousin, Viserys, merely because he was male.

Rhys Ifans portrays Otto Hightower, the King’s Hand, who is devoted to both his king and his realm. The king’s brother, Daemon, and his status as successor to the throne, according to the Hand, is the biggest threat to the realm.

Mysaria is played by Sonoya Mizuno. She arrived in Westeros with little, has been sold more times than she can remember, and could have wilted…but instead, she rose to become Prince Daemon Targaryen’s most trusted — and most improbable — companion.

Ser Criston Cole is played by Fabien Frankel. Ser Criston is the common-born son of the Lord of Blackhaven’s steward and is of Dornish lineage. He has no land or titles to his name; all he has is his honour and an uncanny ability with a sword.

Milly Alcock plays Rhaenyra Targaryen, the Young Princess. She is the king’s firstborn child, a dragon rider with pure Valyrian blood. Many people believe Rhaenyra was born with it all…but she wasn’t born a guy.

Young Alicent Hightower, the daughter of Otto Hightower, the King’s Hand, and the most beautiful woman in the Seven Kingdoms, will be played by Emily Carey. Alicent grew up in the Red Keep, close to the king and his inner circle, and she displays both courtly grace and political savvy.

Ser Harwin ‘Breakbones’ Strong is played by Ryan Corr. Harwin is said to be the Seven Kingdoms’ strongest man. Ser Harwin is Master of Laws Lyonel Strong’s eldest son and the heir of Harrenhal.

Grand Maester Mellos is played by David Horovitch. He is King Viserys’ valued counsellor and a voice of reason.

Ser Harrold Westerling is played by Graham McTavish. Ser Harrold has been a member of the Kingsguard since King Jaehaerys’ reign, and he is a paragon of gallantry and honour.

Larys Strong is played by Matthew Needham. Lyonel Strong’s younger son is hauled to court by his father, Master of Laws Lyonel Strong.

Lord Lyonel Strong is Gavin Spokes. He is King Viserys’ Master of Laws and Lord of Harrenhal.

Keep an eye out for more official House of the Dragon news.

The show’s first teaser trailer, which was released in October, gave us our first official glimpse at House of the Dragon. You can see it in the video below.