HomeUncategorizedHBO Renewed The Pennyworth Season 3: Here’s Everything We Know So Far
Uncategorized 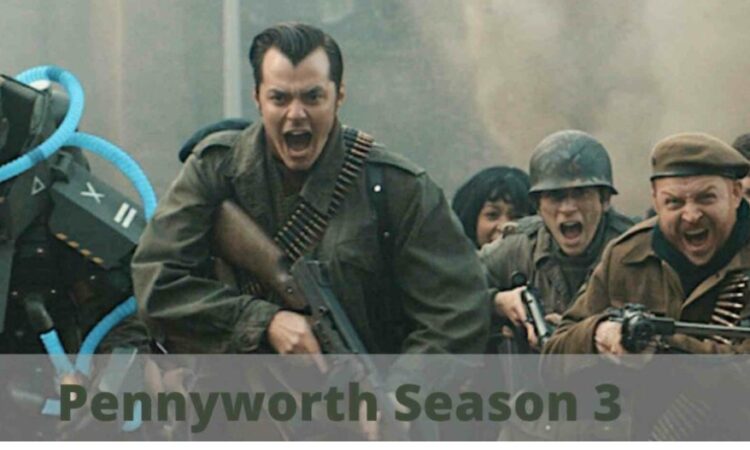 A desire to see a young Alfred Pennyworth, Batman’s true friend and butler, appears to have developed in the 2010s, with Sean Pertwee starring as a middle-aged version of the character in 2014’s “Gotham” television series. However, it wasn’t until 2019 that DC Comics fans got to see a truly youthful version of the well-known character in the aptly titled Epix TV series “Pennyworth,” which was released in 2019.

The series follows the adventures of Alfred Pennyworth (Jack Bannon) as a young man in an alternate universe London during the 1950s and ’60s period. The former SAS soldier suffers from severe post-traumatic stress disorder (PTSD) as a result of the war’s violence, and in an attempt to resume a normal life, he establishes his own personal security company.

It is an action-packed, stylish spy thriller that will appeal to both casual viewers and die-hard DC fans. Due to the pandemic, the show was renewed for a second season after its debut, which will premiere on Epix on December 13, 2020, following a production delay caused by the outbreak. Fans of the series are now eagerly awaiting new episodes to find out what will happen to Pennyworth and his friends in the coming episodes.

Here’s everything we know so far about the third season of “Pennyworth.”

“Pennyworth” Season 2 came to a close on April 11, 2021, but fans had to wait a little more than six months before hearing any official word on the show’s future. A third season of “Pennyworth” was announced during the DC FanDome event in 2021, which was fortunate because the show had previously been cancelled. Prior to the show’s official renewal, it was speculated that it would be moved from Epix to HBO Max (via Deadline) if it were to receive a second season. Those rumours were confirmed in October 2021, when it was announced that “Pennyworth” had not only been renewed for a third season but that the show’s third season would also be broadcast on HBO Max in the United States.

Season 3 of “Pennyworth” has not yet been given a specific release date, which is currently unknown. Season 3 of “Pennyworth” will premiere sometime in 2022, according to a panel discussion held during the show’s 2021 DC FanDome panel discussion. After taking all of this into consideration, fans can probably expect to hear an official announcement about the show’s 2022 premiere date sometime in the next few months.

Fans of “Pennyworth” can enjoy the show’s first two seasons, which are currently available to stream on HBO Max, while they wait for the third season to premiere

In addition to Jack Bannon, Ben Aldridge, and Emma Paetz, Hainsley Lloyd Bennett and Ryan Fletcher, who play Bazza and Dave Boy, Pennyworth’s two loyal best friends from the army, as well as Dorothy Atkinson and Ian Puleston-Daves, who play Pennyworth’s Parents, have been with the show since its premiere in Season 1. As well as Jason Fleming as the villainous Lord James Harwood, Paloma Faith as the conniving sociopath Bet Sykes, and Polly Walker as Bet’s sister, Peggy, the show’s cast also includes a number of other well-known actors.

This season’s premiere of “Pennyworth” featured the introduction of a few new characters and the promotion of two Season 1 actors to series regular status. As a result, both Ramon Tikaram, who portrays the tenacious Detective Inspector Aziz, and Harriet Slater, who plays Sandra Onslow, were promoted to series regulars for the second season of “Pennyworth.” A new character, Colonel John Salt, was introduced in the season’s premiere episode, and Jessye Romeo made her television debut as Katie Browning, a young art student who becomes involved with the Raven Union. Captain Gulliver Troy, Pennyworth’s former SAS captain, has also joined the cast of the show, played by James Purefoy (Deadline).

There have been no official cast announcements for “Pennyworth” Season 3 as of yet. Season 3 of “Pennyworth” will focus on the lives of Alfred Bannon, Thomas Aldridge, Martha Paetz, Bet Skyes Faith, and Lucius Fox, as well as “all the other ‘Pennyworth’ characters,” according to a teaser from the show’s 2021 DC FanDome panel (which can be found on YouTube). Taking all of this into consideration, it appears safe to assume that the majority — if not all — of the show’s central cast members will return for the show’s new season.

Bruno Heller is the creator of the television series Pennyworth. Jack Bannon, Emma Paetz, and Ben Aldridge appear in the film. The fictional character Alfred Pennyworth created by Bill Finger and Jerry Robinson serves as the inspiration for the Pennyworth television series.

Bruno Heller and Danny Cannon served as executive producers for the television series Pennyworth. Each episode of Pennyworth has a running time ranging from 50 to 71 minutes, depending on the episode.

It appears that the third season of Pennyworth will also consist of a total of ten episodes, as was the case with the second season. What will happen next will be interesting to watch.

Pennyworth is now available on Epix, and it will be available on HBO Max in the near future. See if the third season of Pennyworth, a television series produced by BBC America, is announced or not.