HomeGistsGuy Steals Old Lady`s Purse and Runs Away, Gets What He Deserves — Story of the Day
Gists 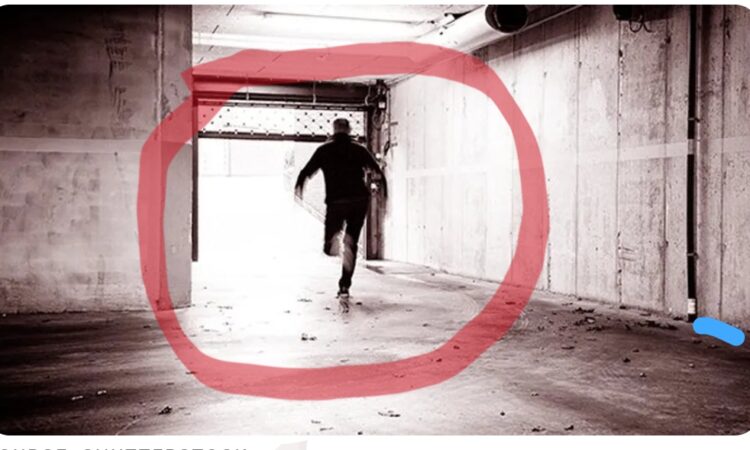 A man steals an old lady’s bag right outside church and runs away, but he gets the surprise of a lifetime when he tries to resell her things

A typical Sunday morning for Mrs. Collins includes going to church. Today was a little bit chilly so she wore her nice coat and decided to use her expensive bag. The elegant woman completed the look with a scarf wrapped around her hair and went out the door.

Mrs. Collins owned a successful pawnshop in town, and her family has always been wealthy. However, her purse is doubly special because it was a gift from her son, which he bought with his first paycheck after graduating college.

However, as her friends were admiring her purse in front of the church before Sunday mass, a boy ran up to them and snatched it away. They were all stunned for a second until she snapped out of it and yelled, “Catch that thief!”

The criminal had crossed the street during a red light. Mrs. Collins couldn’t possibly follow him and she did not see his face clearly either.

“I can’t believe this happened!” her friend, Mrs. Loris, said with a hand to her heart. The others agreed because their town had always been pretty safe.

“Don’t worry about it, gals. Let’s go inside before mass starts. I’ll have to call the police later on,” Mrs. Collins said, cajoling everyone up the steps to the church.

Mrs. Collins called the police when she got home after church, but the officers told her that it would be difficult to find the thief because she didn’t see his face. They would have a hard time finding him even in this small town.

So Mrs. Collins decided to let it go, although it pained her because the bag had been a gift. But she knew her son wouldn’t care as long as she was safe. He promised to buy her another one for her birthday.

She only had to replace the phone that the thief had taken with her bag. But that was easy, thanks to the help of the lovely young woman at the store. After a few days, Mrs. Collins had almost forgotten the entire incident.

One day, the pawnshop was slow and had very few customers. She was talking to her security guard, Freddie, while having a cup of tea.

Freddie had recently gotten into the police academy and resigned from the shop. Mrs. Collins decided to spend time with him on his last day, thinking it might be hard to replace him in this town.

They were talking when a young man walked in and approached the front desk. Freddie returned to his post at the door, and Mrs. Collins went to greet her customer. “Hello. How can I help you today?” she said.

“Ah, yes. I want to pawn these items, please,” the young man replied nervously. Mrs. Collins noticed that he couldn’t be more than 20 years old and wondered why he seemed anxious.

Shockingly, the boy placed her stolen bag and phone on the counter. She couldn’t believe it. It was the thief from Sunday with her things. What were the odds? Also, it seemed like this kid didn’t recognize her at all.

Mrs. Collins could have called Freddie and pressed the emergency button located right under the counter. But she wanted to know more about this kid. Why had he become a thief? Did fate bring him to her pawnshop?

Why do you want to exchange these things, young man?” she asked.

“Ugh…for the money, ma’am,” he answered.

“Of course, but this is a brand new phone. You could use it,” Mrs. Collins added.

“I need the money right now,” the boy replied.

“What about this purse? Is it yours?” she asked.

“Alright, then,” Mrs. Collins gave up. He didn’t seem like a regular thief, but he wasn’t going to tell the truth. So, she took the items, placed the phone back inside the bag, and thanked him for his visit.

“What about my money, ma’am?” the boy asked, surprised.

“What money? You just returned my bag that was stolen on Sunday morning outside the church,” she answered

The boy’s face paled, and his eyes widened. He turned from the counter and started to run off.

Luckily, Freddie was good at his job, and he was standing in the doorway. The boy was strong, but in the end, the security guard managed to restrain him.

“Now, I’m going to call the police,” she told him.

No! Please! You don’t understand. I can’t leave her alone,” the boy pleaded.

“My little sister. She’s just eight years old, and our mother is a drunk. We don’t have a father either. I haven’t been able to find a job for months. I just wanted some cash for food,” the boy explained with tears in his eyes.

Mrs. Collins could see that the boy was telling the truth and couldn’t in good conscience call the cops now. “What’s your name, boy?” she asked.

“Is this the first time you stole something?” Mrs. Collins queried.

“Yes, ma’am. I swear it was just for food. My sister needs me. I can’t go to jail!” Aaron answered.

Here’s what we’re going to do. I will give you some money, and starting tomorrow, you are going to work with me as a security guard. Sound good?” she said.

The boy was shocked, just as Freddie. “Are you sure about that, Mrs. Collins?” the security guard asked.

“Yes, I’m sure,” she answered him. “So, what do you say, Aaron? Do you promise never to steal again and work hard for me?”

Yes! Yes, please!” Aaron said as Freddie let him up and took the restraints away.

The boy arrived the next day and started work. Freddie even agreed to show him the ropes. In the end, Aaron worked for Mrs. Collins for several years until he finally graduated from the local community college, and his sister never went hungry again.

1. You never know what others are going through. Aaron should never have stolen from Mrs. Collins, but his circumstances were dire. Luckily, she had a good heart.

2. Fate is mysterious. The odds of Aaron stealing from someone and showing up at this person’s pawn shop are low. Was it a coincidence?