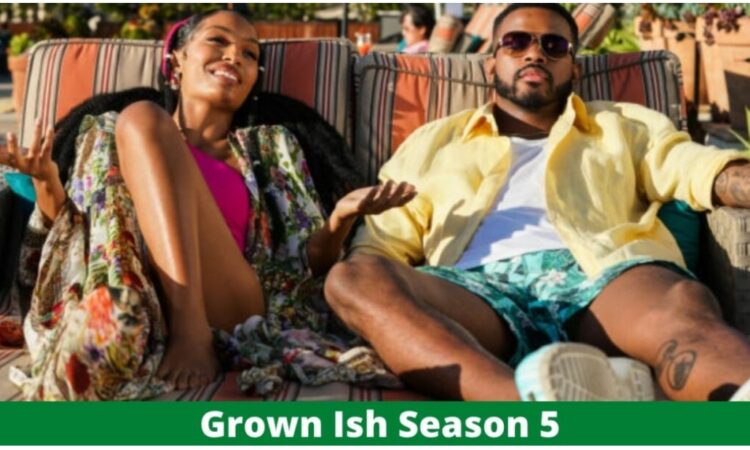 Since its debut on ABC in 2014, Kenya Barris’ smash sitcom “Black-ish” has spawned several spin-offs, including the Freeform series “Grown-ish.” “Black-ish” episode “Liberal Arts” served as a backdoor pilot for the latter show, which debuted on Freeform in 2018.

“Grown-ish” was co-created by Barris and comedian Larry Wilmore. The comedy has aired for four seasons on Freeform, with Season 4 planned to start on July 8, 2021. (From Entertainment Weekly.)

Barris previously stated his enthusiasm for “Grown-ish” to The Hollywood Reporter: “Because it’s new and my baby, I’m protective of it.”

And I feel like the network has put a lot of faith in me to pull this together. I would want to see it succeed. I want others to see what we see in this show. It’s significant to me.” Fortunately for Barris, the show has been a big success thus far, with a fifth season on the way.

Because “Black-ish” will end its eighth season next year, and the spin-off “Mixed-ish” was canceled earlier this year (via Deadline), fans of the show are understandably apprehensive about the fate of Season 5 of “Grown-ish.” Here’s all we know so far about “Grown-ish” Season 5’s release date, cast, and plot.

Unfortunately, “Grown-ish” has yet to be renewed for a fifth season by Freeform. The network may decide not to renew the series, as it has done with other youth-oriented shows such as “Everything’s Gonna Be Okay,” or it may decide that “Grown-ish” is worthwhile to continue.

Season 5 will not be returning to Freeform screens anytime soon if the show is renewed, as the second half of Season 4 has yet to air.

It takes around a year for a show like “Grown-ish” to go through pre-production and rehearsals, shoot all of the episodes, then conclude post-production, followed by marketing and releasing the new episodes.

Season 4 of “Grown-ish” premiered in July 2021, with the second half of the season expected to air in early 2022, meaning that Season 5 would most likely premiere in fall 2022 or later.

Season 5 may also have to rearrange episodes dependent on COVID-19’s development. Because of the pandemic, Freeform was obliged to air the last episode of Season 3 in early 2021 rather than 2020, as planned, and COVID-19 might impact production again, resulting in similar scheduling alterations.

The plot of Grown Ish Season 5:

“Grown-ish” follows Zoey, who first appeared in “Black-ish,” as she attends college at Cal U and tries to live independently of her family. Zoey makes a core group of friends at Cal U, including Ana and Nomi, while also dating other students like Aaron.

The first half of Season 4 ends on a cliffhanger, with Zoey and Aaron seemingly on the verge of breaking up. Aaron strikes Zoey’s ex-boyfriend Luca before storming out of a party after discovering that he has offered her a job.

Zoey then runs to his residence in an attempt to locate him. She discovers that Aaron has successfully acquired an internship completion certificate, suggesting that she no longer needs Luca’s services.

Meanwhile, Ana has an affair with Vivek, and Kiela (Daniella Perkins) and Doug’s relationship is strained.

Seasons 4 and 5 appear to be mostly concerned with Zoey’s endeavors to complete college with her friends while also attempting to figure out her relationship with Aaron. However, when Seasons 4B and 5 are formally televised, maybe in 2022, the narrative will become apparent.

The current cast of “Grown-ish” Season 4 is set to return for a fifth season, despite the fact that some characters have recently graduated from Cal U, the show’s fake college.

Yara Shahidi as Zoey Johnson, who also serves as the series’ narrator, as well as Trevor Jackson as Aaron Jackson, Francia Raisa as Ana Torres, Emily Arlook as Nomi Segal, Jordan Buhat as Vivek Shah, Chloe Bailey as Jazz Forster, Luka Sabbat as Luca Hall, and Diggy Simmons as Doug Edwards, are all expected to return.

Since actress Halle Bailey left “Grown-ish” before Season 4, Sky Forster, who was initially a series significant character, is unlikely to return save as a guest role.

Let’s watch the previous season below,

That’s all we know about Season 5 of Grown-ish. Stay tuned for additional updates, and thank you for taking the time to read this!