Reprieve has come for Jibrin Sadi Mato (Ramadan), the Elkanemi College of Islamic Theology Pre- JSS student whose throat was cut with a razor by his senior colleague in SS2 for refusing his errand. 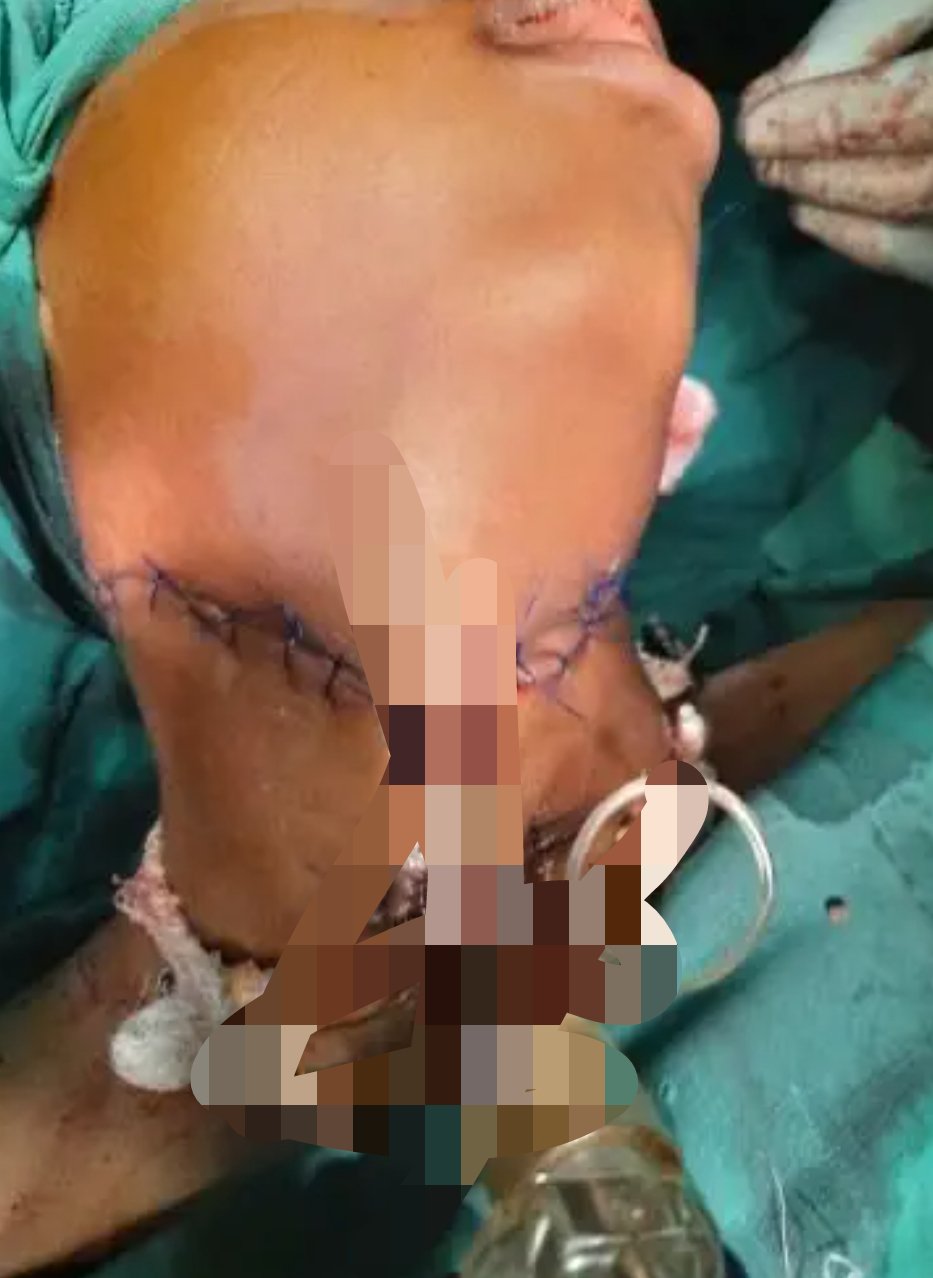 After the feud between his family and the management of the University of Maiduguri Teaching Hospital (UMTH) over a referral letter, Mato on Monday underwent a second surgery that cost about N2.5 million at Nizamiye Hospital in Abuja.

The latest surgery came a month after he was discharged from UMTH.

The medical bill, according to Zarifa Mato, mother of Ramadan, was footed by the management of the Elkanemi College of Islamic Theology, which sent the money through an emissary.

While appreciating the school management for the gesture, she said the Abuja hospital recommended two surgeries, adding that the first surgery cost N2.5 million while the amount for the second surgery which the hospital said would depend on the outcome of the first surgery is not yet disclosed yet.

She called on the police and the government to prosecute the culprit who put her son in this condition for justice to prevail, adding the boy had been in serious pain.

A medical report from Nizamiye Hospital in Abuja obtained by LEADERSHIP and interpreted by a medical expert, indicated that Ramadan at present has vocal cord (voice box) paralysis arising from the poor healing of that injury he sustained in his throat.

This present problem, according to the medical expert, means that the boy would not be able to talk until the paralysis (weakness) of the voice box or opening of the windpipe is restored by the new surgery.

This is even as the management of UMTH has clarified the referral issue between them and the Ramadan’s family, saying that the hospital would never refuse referral to any patient once procedure is followed.

LEADERSHIP recalls that on the night of 15th January this year when Ramadan was wounded by the senior colleague, the school management rushed him to the intensive care unit (ICU) of the UMTH where surgery was carried out.

The hospital discharged him on the 3rd February, but after some days, the family noticed some disorders on the boy which included swollen stomach and breathing difficulties, hence according to his cousin, Aisha Mato, the resolve for further treatment, which required the referral.

But when the family could not get the referral, they engaged their lawyer who wrote UMTH and when the letter was not immediately responded to, the lawyer felt that the hospital was withholding the referral and both the family and the lawyer cried out over the delayed response.

However, clarifying the referral matter through a press release obtained by our correspondent, an assistant director who is also the head information unit of UMTH, Mrs Justina Anaso, said the hospital did everything on the night of Ramdam’s injury to restore his health.

Anaso said following the media report regarding the referral from the family, the hospital management wished to state that Master Jibril Sadi Mato (Ramadan) was received in UMTH in critical condition on 15th January, 2022 at 11:30 pm.

She added that he was immediately taken to the theatre where he had a life-saving procedure by “our team of experts. He had a remarkable postoperative recovery and was discharged home in good condition.

“He had three follow up visits. During the first visit on 15th February, 2022, his parents complained that Jibril was having noisy breathing during sleep with no difficulty in eating and speaking.

“Our examinations also confirmed that Jibril was communicating well and had no obvious difficulty in breathing while awake. During the visit, he had a soft tissue neck X-ray and subsequently a Computerised Tomographic (CT) Scan of the neck to ascertain the diagnosis.

“Having made a diagnosis, the parents were counselled during the third visit on the 1st of March 2022, on the need for young Jibril to undergo another procedure to remove a supra-stomal granulation tissue, a postoperative condition that could occur after tracheostomy.

“Option for removal with forceps which can be done in UMTH or removal with LASER, which is obtainable at the National Ear Care Centre Kaduna, was discussed with the parents. They opted for referral to Kaduna, for the LASER therapy.

“UMTH as a centre of excellence, has never and will not, deny any patient that seeks referral once the procedure is followed,” Anaso said.