A female High School student in South Africa has gone viral after she was captured on tape asking a fellow girl to be her Valentine. 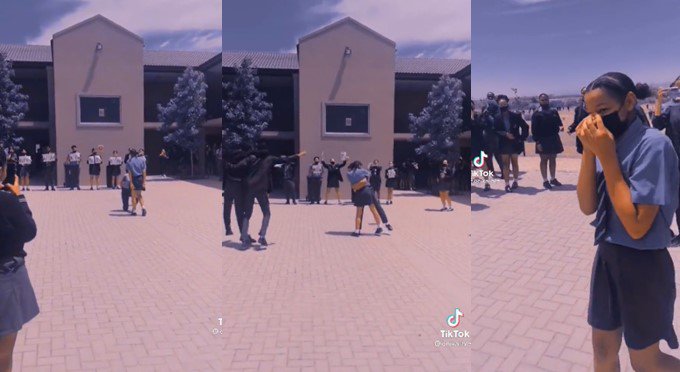 She made the request in the presence of other students during school hours and got a positive response.

In the video which has gone viral, the student could be seen going on her knee in the school compound while other students former a quadrangle.

The girl who was propositioned walked into the surprise in a dramatically slow and steady manner and as soon as she got to where her girlfriend was, she said Yes. 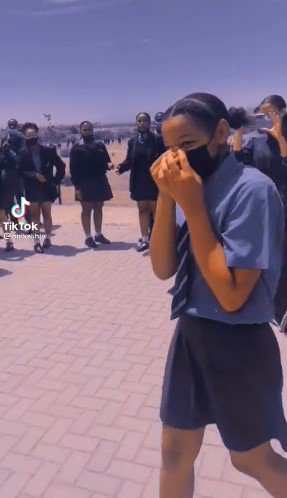 The lover girl then gave her an flower and they hugged it out while everyone jubilated.