HomeSociety NewsExposed: Native Doctor Performs Incantation for Pastor So That His Church Will Boom In Rivers (Video)
Society News

In his incantations, he was heard saying that members (both members and non-members) will donate money whenever there is money talks in the church. 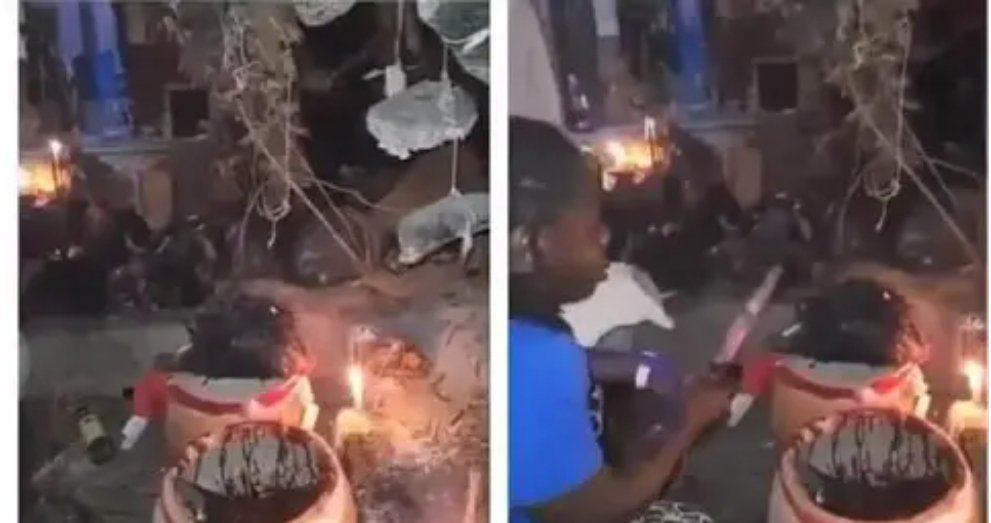 A video has surfaced online showing a popular native doctor performing incantations and rituals to help a pastor’s church boom.

The pastor is said to own a church in Rivers state.

The video posted by latestngnews has left social media users in shock.

Many say this is what pastors do in order to grow their ministry.

In his incantations, he was heard saying that members (both members and non-members) will donate money when ever there is money talks in the church, adding that his church will be filled with multitude, both men and women.

He commanded money will flow in large quantities, which will be used in building schools, hotels, fuel stations etc.

Several internet users have condemned the act, saying that some things should be respected and left sacred, and also condemned what some church pastors do after dark.