Men of the Edo State Police Command have arrested a 43-year-old man identified as Ovie Oktogbo alleged to specialize in raping male children/ teenagers between the ages of 10 to 15years. 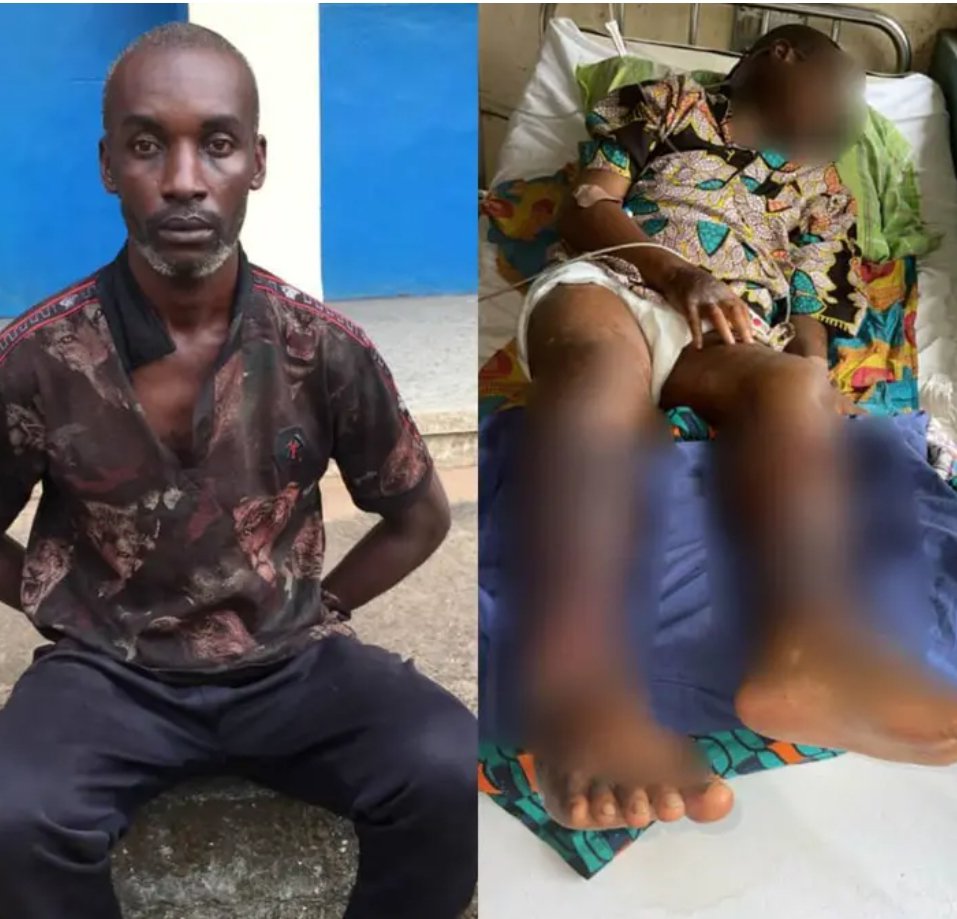 Preliminary investigation revealed that the alleged rapist who is a father of three who resides at No. 15 Ugboguhi Street Off Uwasota, Ugbowo, Benin City, and works as a security guard in the area, specializes in using N100 to N200 to lure his unsuspecting victims who are children and teenagers between the ages of 10 to 15years and have an unnatural carnal knowledge of them through their anus by applying a bleaching cream on both his manhood and the victim’s anus as the case may be, for easy penetration.

Luck ran out on him as one of his victim ‘M’ 13years (name withheld) fell ill with swollen feet, face and pus all over his body. Medical examination revealed that his liver and kidney is damaged as a result of a certain chemical contained in bleaching creams.

Upon further inquiry by the victim’s parents, he confessed that a certain man in the area forced his way and forcibly had carnal knowledge of him. He said it was in that process that he applied the cream in his anus, hence the report to the police.

On receipt of the information the operatives of the command immediately swung into action arrested Ovie Oktogbo ‘M’ who is cooperating with investigation. He confessed to have defiled nine (9) boys in the area. Six (6) have already been identified and their parents also made a formal complaint to the commissioner of police to that effect while three (3) out of the nine (9) children are yet to be identified.

Confirming the incident, the spokesperson of the state police command, Kontongs Bello, says the state Commissioner Of Police, CP Philip Aliyu Ogbadu, while lamenting over the behavior of the suspect, reminded parents, guardians and the society of its social responsibility of guiding, protecting and teaching young children the way of life. He said society can only thrive when these children are protected from the menace of immoral/ criminal members of society.

The suspect will soon be arraign in court at the end of the investigation.