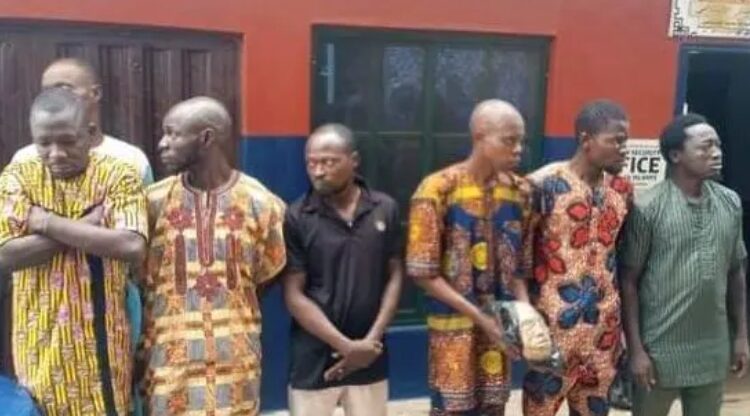 During a security search, eight group members of Afolabi’s group were also apprehended and handed over to the Osun State Police Command, Osogbo.

Members of a religious vigilante group arrested a man identified as Afolabi Jacob with a human head in Iwo, Osun State on Wednesday.

Afolabi was arrested by the Taawun Security, Al-Jayshu Islam in the early hours of Wednesday during a routine security patrol around the Yemoja area of the town.

A statement credited to Jamaatu Taawunil Muslimeen revealed that Afolabi Jacob confessed that the human head found on him was to be sold to a colleague of his.

Jamaatu Taawunil Muslimeen also revealed that during a security search, eight group members of Afolabi’s group were also apprehended and handed over to the Osun State Police Command, Osogbo.

The vigilante group stated that the suspects had also confessed that this was not their first crime as they had been engaged in numerous human sacrifices.

Meanwhile, the Osun State Police Command has confirmed the arrests.

Yemisi Opalola, the Command spokesperson in a chat with this reporter disclosed that the suspects have been transferred to the state Police Command.

She stated that the Command’s Anti-kidnapping unit has been briefed and they have commenced investigation into the matter. 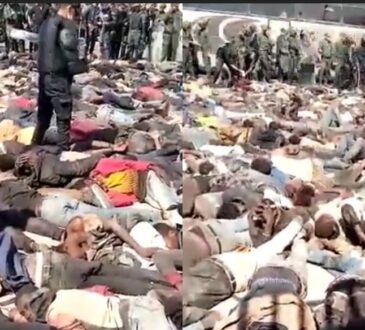