The logistics manager to Davido, Israel Afeare popularly known as Israel DMW has been involved in a car accident in Edo state. 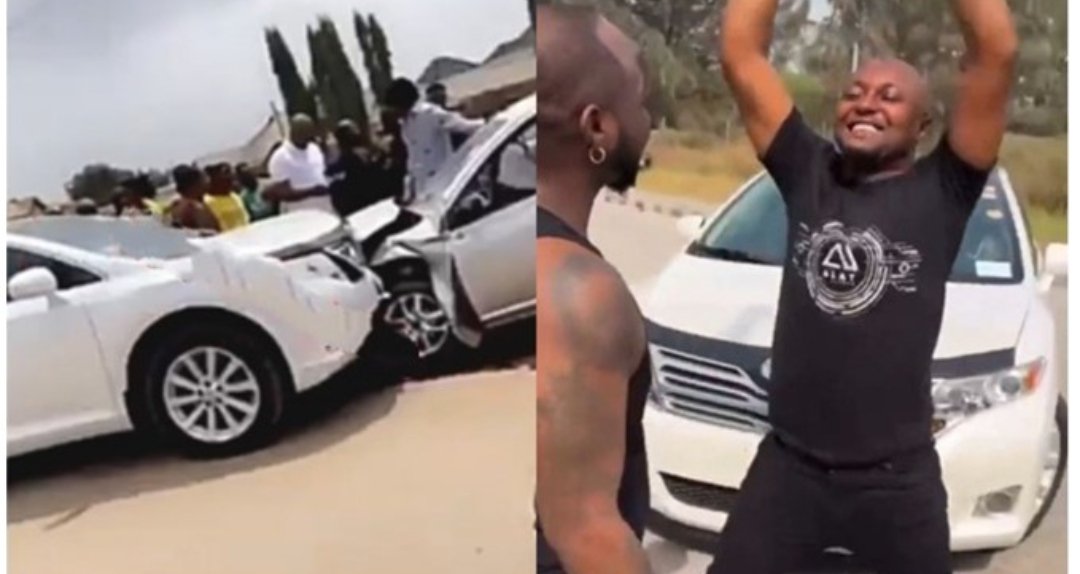 Recall that Israel was recently gifted a Toyota Venza by his boss, Davido and he was over the moon.

According to reports from the scene, his new car was involved in a head-on collision with another car.

There are reports of recorded casualties from the scene of the accident.