HomeSociety NewsDriver Set Himself On Fire After Task Force Took Away His Vehicle, Says Hardship In Nigeria Too Much
Society News 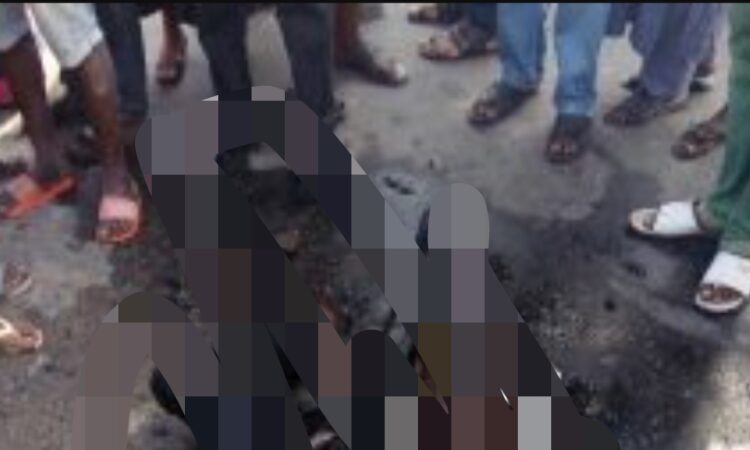 A yet-to-be-identified commercial bus driver on Tuesday set himself ablaze in the Ajao Estate area of Lagos State.

Legitpost gathered that operatives of the task force from the Lagos State Ministry of Transportation, while on enforcement duties along the Airport Road area connecting Ajao Estate, impounded some shuttles.

The driver, whose bus was among the impounded vehicles, was said to be protesting the seizure when he suddenly reached for petrol, poured it on himself and set himself ablaze.

A resident, who gave his name as Aliu, said there was resistance between the aggrieved drivers and the task force operatives during the enforcement.

He said, “Task force operatives went to clean up the Airport shuttle area. During the exercise, they impounded some buses and had a face-off with some of the drivers. At a point, one of the frustrated drivers poured petrol on himself and set himself ablaze.”

Another resident, who identified herself as Kudirat, said the victim got the vehicle on high purchase.

“The driver was frustrated. The task force operatives took the impounded vehicles away,” she added.

He said, “The information we got was that there was resistance when task force from the ministry of transportation went for enforcement. No policeman set any vehicle ablaze; policemen attached to the Ajao Estate Police Division were not involved in what happened. However, the Commissioner of Police has ordered investigation into the incident.”

A spokesperson for the Lagos State Environmental Sanitation and Special Offences Unit, Raheem Gbadeyinka, said no officer of the agency was involved in the operation.

He said, “The incident happened around 5am and as of 8am, our men were still at the office because we were looking for fuel for our patrol vans as of that time.”